In continuing the form that has earned him a new three-year contract, interchange forward Braden Hamlin-Uele has come out on top as the Fan Poll choice as player-of-the-match in the Sharks loss to the Raiders last Thursday night.

Outstanding through the first half of the 2019 season, Hamlin-Uele again had a major impact on his team’s performance, his hard running and fearless charges resulting in a second half try in what was another stand-out effort from the 115kgs front rower.

While the fans rewarded Hamlin-Uele in voting him the Sharks best, not far behind was outside back Josh Dugan.

Starting the game on the wing, Dugan was moved to the centres when Bronson Xerri was forced from the field, with the former NSW and Australian rep crossing for two tries, while being instrumental in the Sharks fight back from an early 20-point deficit.

Third on the Fan Poll vote was the ever-consistent Chad Townsend, who again steered the ship, almost helping to engineer what would have been a remarkable come-from-behind win.

Townsend remains on top of the season points tally, with Hamlin-Uele, courtesy of his recent good form proving to be a fan favourite as he steadily climbs up the points table. 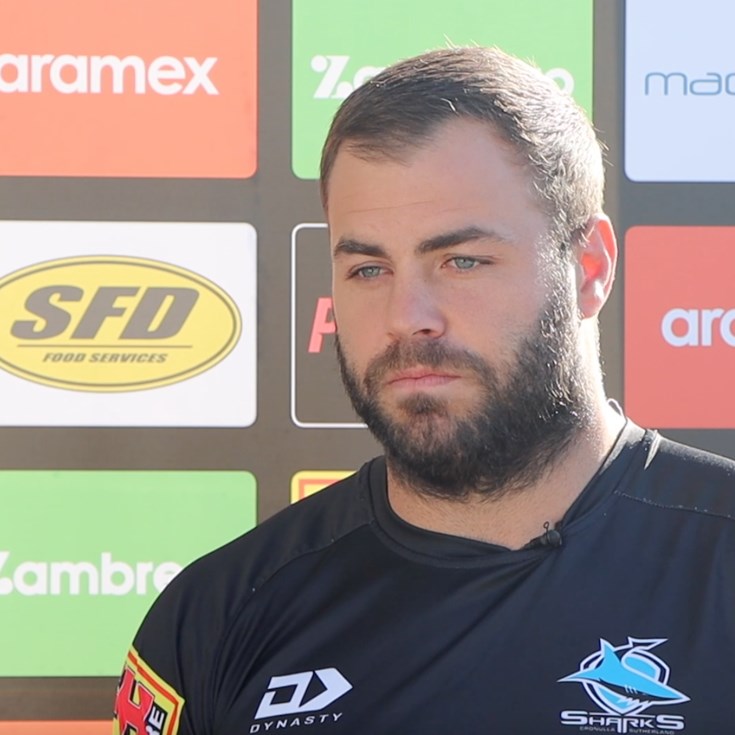 Presented By Dynasty 4 days ago

Southern Comfort 'Too Easy' Try of the Week - Round 4