Tonga coach Kristian Woolf has praised his players for the character they have shown to stick together in a bid to ensure the island kingdom continues its rise in the international game.

Woolf will oversee a full-strength side for Tests against the touring Great Britain Lions at Hamilton on October 26 and Australia at Eden Park on November 2, while David Tangata-Toa is set to take charge of the World Cup Nines squad.

The announcement of a 21-man Tonga Invitational XIII squad to play the Lions and Kangaroos follows the suspension of the governing body in Tonga by the RLIF after a bitter dispute with the players who took the nation to the 2017 World Cup semi-finals.

Jason Taumalolo, Andrew Fifita, David Fusitu'a, Will Hopoate and Daniel Tupou are among the 17 members of the squad involved in the World Cup campaign – some of whom turned their backs on Australia and New Zealand to represent their Tongan heritage.

With players able to move between tier-two nations and Australia, New Zealand or England, who are classed as tier-one countries, many of the squad’s stars could have changed allegiances during the dispute but Woolf said they had again demonstrated their commitment to Tonga.

"They are a group that everyone can be really proud of for the way that they stand up for what they believe in," Woolf said.

Fifita surges ahead with Tonga's preparations

"They have obviously got a real conviction about them in the way they stand together.

"I think a real showing of their strength is the fact that while all of this has gone on it would have been very easy for players to figure out their options with other teams but no one has done that at all. That is because they are here for the right reasons and they really do want to play for the people of Tonga.

"It has always been about playing for your families, playing for the country and the sacrifice that a lot of the families have made both in Tonga but also those who have moved abroad. There is a lot of really strong reasons why those players want to be involved and they have just showed that strength of character again.

"It’s now up to us to really put any sort of disruptions to the side and make sure we really knuckle down in terms of preparation and aiming to win a couple of really big games against the best teams in the world."

Tonga’s success at the World Cup captured the imagination of fans, who turned stadiums wherever the team played into a sea of red.

Woolf said he expected similar scenes for the match against Great Britain in Hamilton, where Tonga were based during the World Cup, and the Oceania Cup clash with Australia, which is part of a triple-header at Eden Park.

"We obviously need the support of the fans and that is something that has always set our team apart - the really loyal and passionate fan support that we get," Woolf said.

"It has obviously been a testing time for a lot of people in a lot of ways but I have got no doubt whatsoever that once they see the guys committing to play for Tonga they will turn out and support them."

Taumalolo, who is set to headline the World Cup Nines squad, said he was excited to be going into camp with his Tonga teammates.

"The players are happy and relieved that this matter has been resolved and we can focus on what we need to do - play the best footy we can for our families and our people," Taumalolo said.

"I just want to say to our Tongan fans - thank you for sticking by us. We love you and can't wait to put on our jersey and do you proud.

"You are truly the best fans in the world, and we are very grateful for your patience. We can't wait to witness the 'sea of red' back again in Hamilton, and let's show the world we can fill up Eden Park."

The Tongan players had their first training session in Sydney on Wednesday and prop Siosiua Taukeiaho said they wanted to ensure they performed at their best in the upcoming fixtures.

"We’re not playing for the money. It is us giving back to those people in Tonga and also our families," Taukeiaho said. "They’ve done a lot for us players and also for myself so the best I could do was to give back for them.

"It means a lot to me putting on that red and white jersey on and seeing all those people waving the red flags singing hymns singing songs, the national anthem, it gives me goose bumps and it gives me the reason to play."

To contest the GB League Lions Tour and Oceania Cup 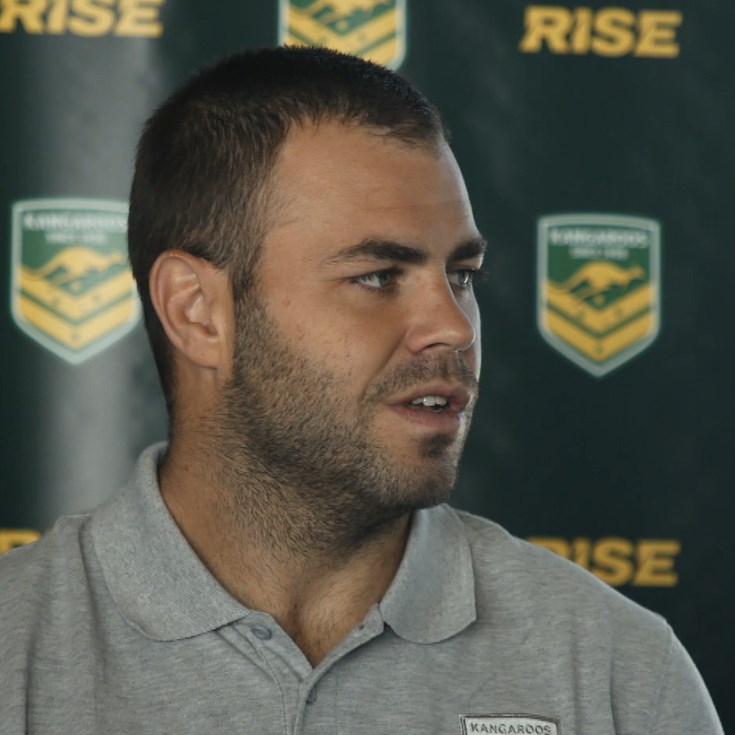