Tonight's clash between the Sharks and the Broncos shapes as a crucial one, as both sides look to cement themselves in the top half the ladder for the run home.

It's always a tight tussle between the two, with the Sharks edging their nose in front when it comes to battles at Southern Cross Group Stadium. Of the 23 games they've played out in the Shire the Sharks have claimed victory in 12, with the Broncos winning on 11 occasions.

Last week the Sharks put their Round 13 loss firmly in the back pocket, running away with it against the Tigers to make it seven from their last eight games, and putting themselves firmly in the hunt for a top four finish if form continues.

It won't come easy tonight for the Sharks though, with Broncos captain Darius Boyd bringing up his 150th NRL game, and the Brisbane side desperate to avoid a slump into the bottom half of the competition ladder.

Let's take a look at a handful of individual battles that will be crucial to the result.

Matt Moylan has found some great form of late. After his five line break assists and six try assists against the Knights, he hit somewhat of a slump versing the Bunnies, but was back to his best in both attack and defence last week.

Moylan registered a line break, two tackle breaks, a line break assist, try assist and 87 metres in his 80 minute stint against the Tigers, and although they're not the numbers he notched up in Newcastle, on a wet and windy day in the Shire it was just what the doctor ordered for the Sharks.

'Moyza' tonight will look to continue building on both his combination with Wade Graham, who has missed a few games of late through injury and HIA's, and keep his form line running hot as the Sharks look to cement themselves in the top eight with a win.

His opponent tonight in Anthony Milford seemed flat in the Broncos loss to Melbourne last week, but we all know what he can do and just how dangerous he can be in attack.

The same thing can be said year on year, Sharks centre Ricky Leutele has been one of the most consistent performers across the opening half of the season.

He's already clocked 1765 metres, averaging just over 126 per game, and continues to impress on the Sharks left edge week in week out, in both attack and defence.

'Slick' is such a strong runner of the ball, making his presence felt in the opening carries of any Sharks set, as he trucks his way through the hard yards to set the tone for his team mates to follow.

Not only has his attack been on point so far this year, but defensively Ricky commands respect from his opposite numbers, putting up a wall that is tough to break through.

His opposite number, James Roberts, will certainly keep him on his toes tonight.

Roberts is like lightning with the ball in hand, and has the footwork to match, proving difficult to shut down when he really gets going.

The Sharks left edge will need to be on their game if they're to stop his attacking opportunities tonight.

Valentine Holmes was again a part of the highlights reel coming out of Round 14, repeating his State of Origin effort with yet another runaway try against the Tigers.

Over the last few weeks 'Val' has really proven himself in the number 1 jersey, clocking up 776 metres and scoring seven tries in his last four starts alone.

Impressive for the Maroons in the opening game of Origin, backing it up with red hot performances for the Sharks, Val looks certain to be there again when the side is named for Origin II.

On the other side of the ledger lies Darius Boyd, who missed the cut for the Maroons in Origin I and as such, announced his retirement from representative football this week.

Even though he's in quite a form slump, we all know what Darius can do, and the Broncos captain would love nothing more than to get one over Val and the Sharks in his milestone match. 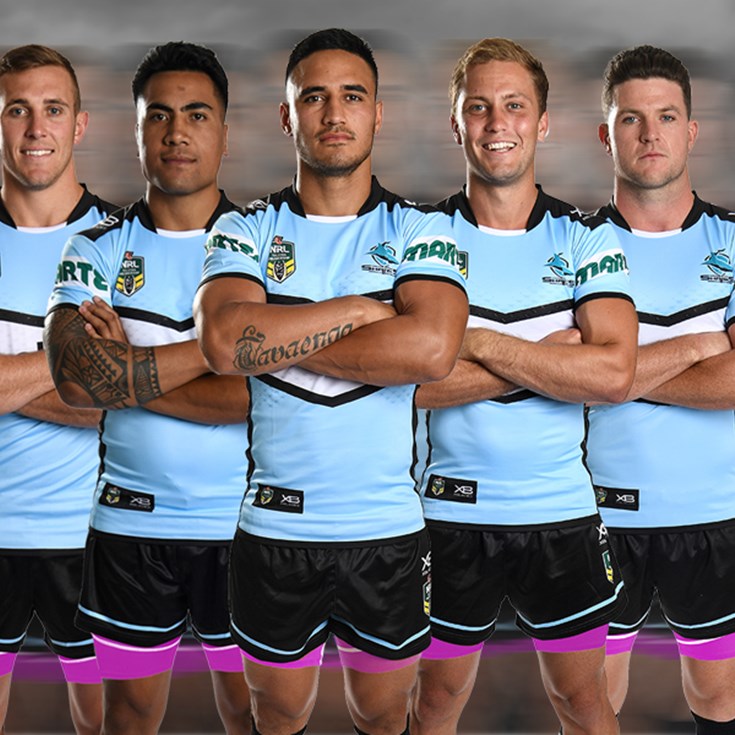