You can never write off the Jets.

Newtown have scored a remarkable, come-from-behind 22-20 win over the Canterbury-Bankstown Bulldogs at Belmore Sports Ground, in the sides' clash in Round 7 of the Intrust Super Premiership.

Overturning a 20-point deficit, the Jets piled on 22-unanswered points inside the game's last half-hour, including a double to outside back Aaron Gray, to clinch the memorable victory.

Missing key forwards Scott Sorensen and Braden Uele – members of the Intrust Super Premiership Team of the Week in Round 6 – Newtown struggled to contain the staunch Bulldogs pack early in the contest.

Lead by captain Rhyse Martin, the Bulldogs took ownership of the middle-third, dominating the run of play for most the clash.

On the back of the platform set by his forwards, Bulldogs halfback Matt Frawley touched down for the side's first try, trailing through to collect a grubber to nab the first points of the contest.

Newtown's ill-discipline with ball in hand let them down at key stages, and the side was unable to register a first-half reply as errors plagued their attack.

Lachlan Lewis grabbed the hosts' second try as he collected a pin-point kick to score, before Martin kicked the side more than two converted tries clear before the change of ends.

Retreating to the sheds with a 14-0 advantage, the Bulldogs oozed confidence when they returned to the field of play. The second-half started much the same as the first did, the Bulldogs scoring inside the first five minutes to gain the ascendency.

Hooker Fa'amanu Brown scooted his way over from dummy-half to score his sixth try of the season, and Martin maintained his flawless record with the boot to send the Bulldogs to a commanding 20-0 front.

But then, the Jets took flight.

Deep on the attack, touted half Kyle Flanagan linked with fullback Will Kennedy, the latter sending fill-in back-rower Briton Nikora in to score Newtown's first four-pointer.

Flanagan converted from in front of the posts, lessening the deficit to 14 points, with 25 minutes to play.

The Bulldogs' lead was cut to just eight points when Kennedy took matters into his own hands.

Attacking the Bulldogs' goal line, Kennedy was again the recipient of a Flanagan pass, though the nippy No.1 darted his way through traffic to score the Jets' second try.

Flanagan split the uprights with his shot on goal, taking the score to 20-12.

Full of running and energy on the back of consecutive tries, the Jets breathed life into the contest when Gray collected a Blayke Brailey grubber to score his first try - and the Jets' third.

The Bulldogs' talk behind their posts turned sour, and Newtown soon took full advantage of the momentum swing.

Off the back of a scrum, Sione Katoa bust through the Bulldogs defensive line to link with Flanagan, who in turn found Gray on his outside to score, sending Newtown to a 22-20 lead.

Flanagan's ensuing shot on goal was waved away, but it mattered little.

The halfback had conjured the most unlikely of wins for his side – only adding further credentials to the 20-year-old's continued push for an NRL start.

It's an OUTSTANDING come-from behind win for @NewtownRLFC, with 22 unanswered points sealing the victory! 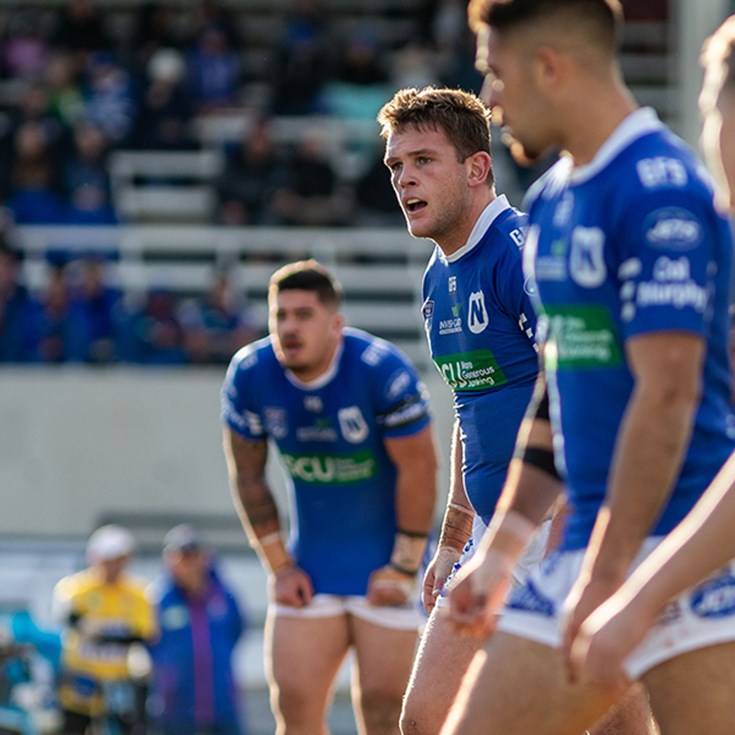