After his first official day at Sharks training, new recruit Nicho Hynes spoke to the assembled media. The press conference covered his arrival in the Sutherland Shire, his switch from being a fullback in 2021 at the Storm to playing in the Sharks halves in 2022, to his new teammates, new coach and his expectations for the season ahead. Looking comfortable with the Sharks emblem on the chest of his polo shirt, Hynes has begun his tenure at Cronulla with much positivity surrounding his arrival. See what he had to say at today’s media session. 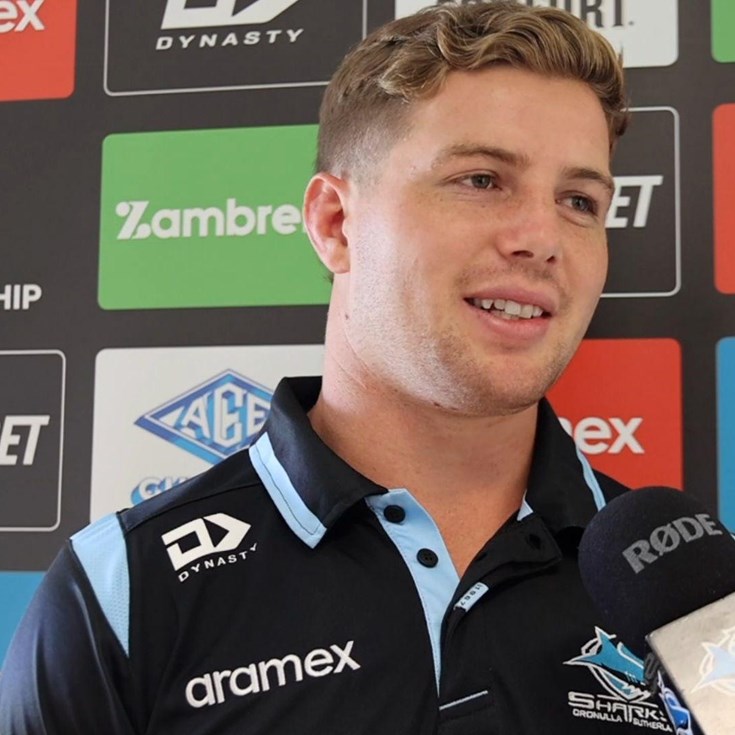