The serious injury to Andrew Fifita, added to the suspension handed down to Aiden Tolman, has meant some forced changes to the Sharks line up to take on the Wests Tigers at Browne Park in Rockhampton on Saturday.

Without the two experienced props, Sharks coach Josh Hannay has moved Toby Rudolf into the front row, Siosifa Talakai back into the forward pack and included Teig Wilton on the interchange bench for a game being labelled as the 'Novotel Cup', with both the Cronulla and Wests Tigers clubs currently housed together at the Novotel Southbank Hotel in Brisbane.

Wilton returns to the team after being sidelined with a hamstring strain.

Also back in the Sharks squad is Mawene Hiroti, the centre having recovered from a broken hand suffered in the game against the Bulldogs in round 19.

Connor Tracey and Braydon Trindall have been retained in the halves for the Sharks, with Matt Moylan selected in jersey 18. He will be assessed during the week in the lead up to the game before a decision is made on his status for this weekend's game.

The Sharks v Tigers match, between two teams battling for a place in the top eight with just three rounds of the competition remaining, is scheduled for a 3.00pm kickoff in Rockhampton on Saturday. 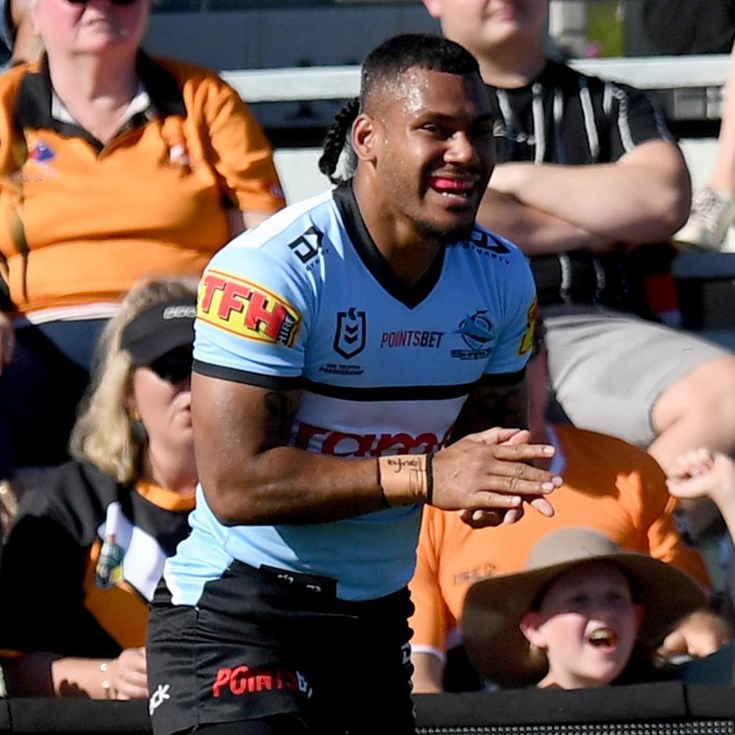