The Newtown Jets have completed pre-season preparations with a convincing 28-12 victory over Mounties in their trial match played at Netstrata Stadium.

The Jets ran in six tries to two in the win and despite making mass changes to their line up, with the majority of the Sharks-contracted contingent subbed out for the second half, the Newtown side displayed the depth in their squad in continuing their dominance through the second half.

It took just four minutes for the Jets to post first points, Nene MacDonald on the end of a long cut out pass from fullback Luke Metcalf.

Braydon Trindall was off-target with his kick at goal and the Jets led 4-0.

Neither side was able to exert any real pressure and it would take another 15 minutes for more points to be added, this time a long range break resulting in a try to Mounties centre Aaron Schoup.

The conversion gave Mounties a lead, but that would be short-lived, Trindall slicing through some ordinary defence to slide over 10 metres to the right of the posts.

The Sharks and Jets number seven added the extras to put his team in front 10-6.

Then just when it appeared the teams would go to half time with only four points separating them, it was a Bronson Garlick try, the back rower collecting his own grubber kick to touch down, which would add to the Newtown lead.

Trindall kicked his third goal of the half and the Jets went to the break up by 16-6.

Despite mass changes the momentum would continue to flow in the Jets favour, Tyler Tamou diving over wide out after accepting a slick cut out pass, then big front rower Tom Hazleton ran over the top of three defenders to claim his team's fifth try of the afternoon.

Replacement centre Dylan O'Connor pushed the lead out further, however then the Jets then became their own worst enemies with handling errors putting them under pressure and Mounties would capitalise, Reubenn Rennie running through a gaping hole in the defensive line to score his teams second.

Schoup converted and with under 10 to go in the trial match it was 28-12 to the Jets, a score which would remain unchanged through until the full time siren 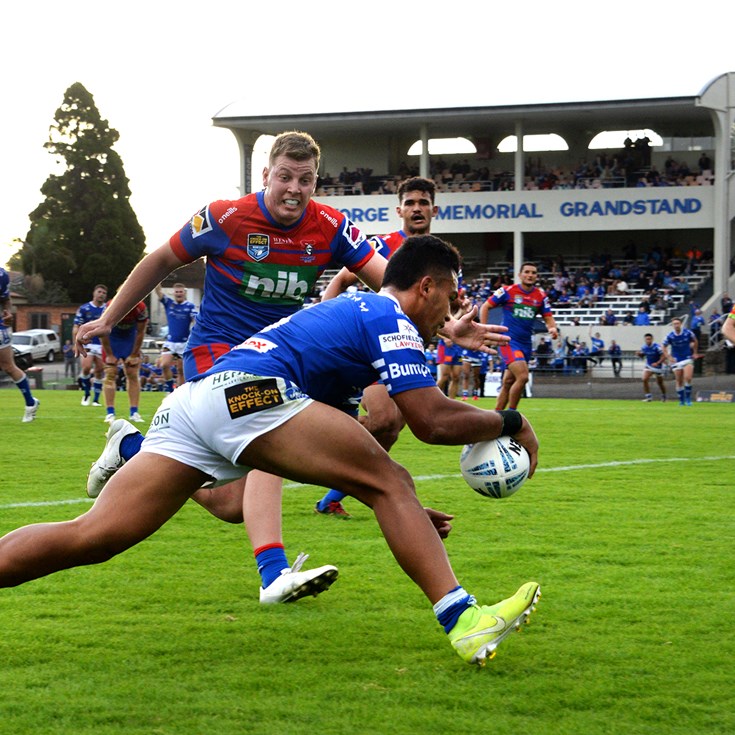 Presented By JRFM 16 hours ago

Presented By EISS 16 hours ago