Chad Townsend treated scrimmage sessions against his Sharks teammates as "game day" during a three-match ban and he believes it's had some major benefits.

The halfback feels he's returning from his suspension for shoulder charging Kalyn Ponga "a better player" having gained a new understanding by attempting to upstage the top side at training.

Townsend said being on the sideline was "tough" leading into his comeback in Saturday's elimination final against the Raiders.

"I've been training, I've been playing on the second team. It's been a good chance to get my body right," Townsend, who was out for five rounds with a calf injury before being banned, said on Wednesday.

"I really wanted to go out there and execute our second team's game plan. We went well actually.

"We scored a few tries, got a few wins against the first team, so [I'm] very happy with that."

Townsend saw areas which required improvement in Cronulla's first team and passed his thoughts on to the coaching staff.

"We're trying to implement some of those things this weekend. It's exciting," he said. "I feel like it's made me a better player by trying to understand our team a bit more as well."

The 29-year-old's time out stung because he "felt like I let my teammates down" but he stayed upbeat and involved.

"While I was suspended I sat in every spine meeting we do with our halves," Townsend said.

"I just wanted to be there and offer any words of advice or support or what I see that I feel like could help some of our younger guys."

And he'll partner one of those younger guys, five-eighth Connor Tracey, in the halves for the first time at GIO Stadium with Shaun Johnson done for the season with an achilles injury.

Tracey and Townsend are opposite styles of playmakers – and that's why the premiership winner reckons they're a great match.

"Connor's best attribute is his running game. He's only got one gear, the young kid; it's 100-mile-an-hour. He attacks plenty of holes and my game is very different to his," Townsend said.

"I'm an organising half, I've got a good kicking game and I really feel like I can open Connor up and use his running game, so I'm looking forward to it and playing with him."

Much has been made of the fact the Sharks are yet to defeat a top-eight side. They were beaten by a second-string Canberra outfit last round, though Cronulla weren't at full strength either.

"It's a whole new game in the finals. It's a different speed, different game and anything can happen.

"You just have to look back to a few years ago – the Cowboys finished eighth and they made the grand final.

"That's what I guess is the most exciting thing about the finals. For us as players and footy fans and the media, no one knows what's going to happen. No one knows who's going to win the games.

"It really comes down to, on the day, who executes and plays the best. We feel like we've got a team that can cause an upset and do some damage at this time of the year."

The Sharks would likely be receiving a lot more credit from critics if Johnson was still fit. Townsend conceded the Kiwi's injury against the Roosters in round 19 was a "heart-breaking" blow.

"He's been our best player all year, our most consistent," he said.

"I actually drove him home from the game that night and we had a really good chat. He was disappointed and he let some emotion out to me in the sheds after the game.

"He's in good spirits now and we're just trying to get around him as much as he can. Hopefully he'll be ready I think a month into the next season." 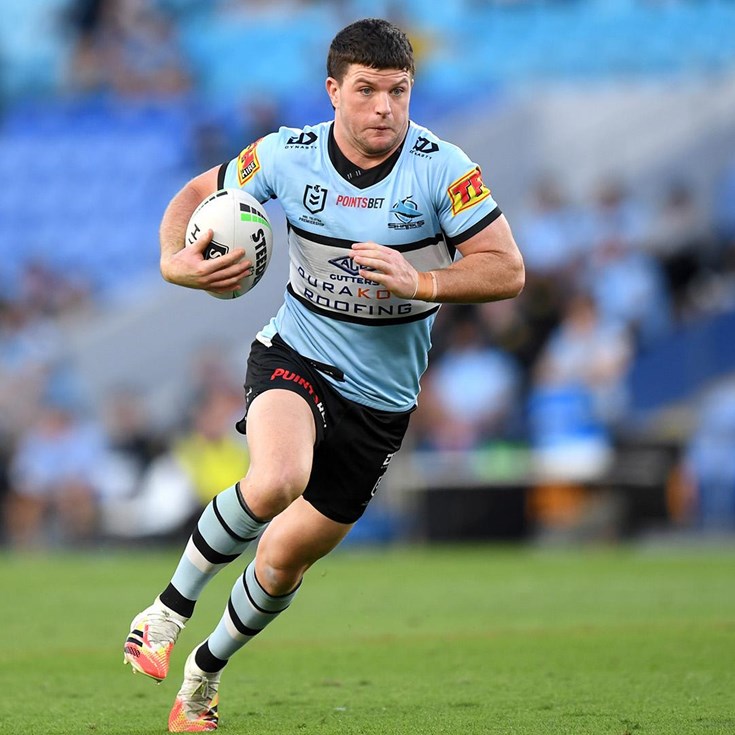