It wasn't quite a repeat of their previous meeting but it wasn't far from it, the first place Panthers proving too strong against the Sharks for a second time in 2020.

As was the case when suffering a heavy defeat in round nine, the Panthers started fast and again they went on with the job in registering a 38-12 triumph over the Sharks to sit three points clear on top of the NRL ladder.

The Sharks lost Shaun Johnson in the lead-up to the game and while the effort of his replacement, youngster Braydon Trindall, couldn't be faulted, the absence of Cronulla’s key playmaker was a setback too difficult to overcome.

It was a defeat which now makes the Sharks next assignment against the Cowboys on Saturday night a crucial one should they hope to remain in the thick of the finals race.

The Panthers were on the board first and early, following a seven tackle set then a escort penalty after just five minutes Viliame Kikau would open their account, crashing over from close range.

Nathan Cleary added the extras and it was 6-0 Panthers.

The Sharks had an opportunity to level however a turnover, then an unsuccessful challenge and a Panthers penalty and they were back defending their line, Josh Mansour scoring in the south-eastern corner to extend his team's advantage.

From a wide angle Cleary couldn't convert but the Panthers had skipped out to a 10-0 lead just 14 minutes into the match.

Again the Sharks were denied with some last ditch Penrith cover defence and once more the home team made them pay, a Liam Martin line break setting up a Brent Naden try and unfortunately for the Cronulla side at 16-0 the night was beginning to mirror the previous match between the two teams.

This time around the Sharks would show a little more resolve, their first points coming after some Sione Katoa flair, the winger combining with Josh Dugan on a long run down the touchline in putting their team deep in attack and it was Jesse Ramien then displaying his strength to get the ball over the line despite the attention of three Penrith defenders.

Moylan kicked the conversion to make it 16-6 giving the Sharks hope of working their way back into the first half.

And they probably would have somewhat satisfied with a 10-point deficit but a one-on-one strip with two minutes to go resulted in a try to Panthers winger Stephen Crichton off a Cleary kick in a lethal blow to Cronulla’s chances of a comeback.

After what would have been a stern half time address from coach John Morris the Sharks looked like narrowing the margin early in the second period, only for the video referee to disallow a Jack Williams try and almost immediately after Penrith had a similar result when Tyrone May got the red no-try light after losing the ball in attempting to ground it.

That opportunity just after the break might have been the Sharks best chance to edge their way back into the contest but when the Panthers were next to score, Martin running through a gaping hole to cross in a 25-metre solo effort, the result and two competition points were all but confirmed.

Now battling referee Ashley Klein and some dubious calls, as well as a rampaging Panthers outfit, the Sharks would fall further behind, a six to go decision from what appeared a Penrith knock on seeing Jarome Luai touch down for his teams six try of the night.

The Panthers weren't finished there, Mansour scoring his second of the night in the 65th minute to make it 38-6, before Connor Tracey darted out of dummy half to slide over for the Sharks for a consolation try six minutes from time.

While outplayed the Sharks had a couple of standout performers, Katoa and Dugan trying hard out wide, with Toby Rudolf leading the way in the middle of the field.

The Sharks will now need to reassess and regroup ahead of their next match which is a home game against the Cowboys at Netstrata Jubilee Stadium on Saturday night. 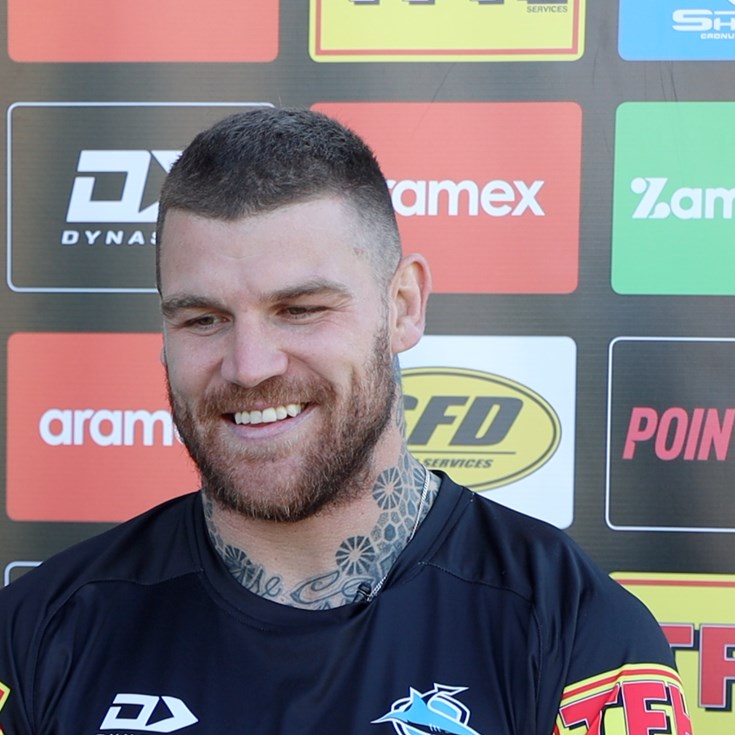 Sharks lose a heartbreaker in Newcastle