It is a short list, but one littered with the names of legends of the Cronulla club, with Wade Graham set to join an elite group when he runs out for his 200th top grade game with the Sharks on Sunday.
Graham, who joined the Sharks in 2011, will become just the ninth player in the history of the club to reach what is a significant milestone.

After debuting in the NRL at the Panthers in 2008 while still a teenager, Graham joined the Sharks as a five eighth, before shifting to the back row where he has gone on to forge a successful career that has included a premiership win and numerous representative honours.

Graham has played 199 Sharks games, the Eels match this weekend to be his 200th, in addition to 42 games at Penrith, six Origin’s for NSW while making eight appearances for the Kangaroos.

Current Sharks head coach John Morris played alongside a young Graham when he landed at the Sharks 10 seasons ago and has seen firsthand his evolution into the player and man he is today.

“To see Wade develop over all those years and to now play his 200th game for the club, it’s been an amazing journey,” Morris said.

“He’s come from that young, superstar kid, to an experienced, well respected leader of our club and along the way it hasn’t all been easy for him, he’s had some ups and downs, but he’s continued to take his game to new heights, and to evolve as a player and as a person.

“Wade is all about being team first and by leading by his actions. He’s not that old but he’s got an old head on his shoulders,” Morris added.

His current teammates also recognise his leadership and effort, never better on display than in the Sharks win over the Broncos last Friday night when a number of pivotal Graham plays turned the game in his team’s favour.

“You only see it in the game, but for us as teammates it’s no surprise he comes up with those plays,” Shaun Johnson explained.

“He’s constantly driving the message every day we’re at training about competing, finding a gear where you are pretty much going to war alongside your teammates, so when we see him come up with those efforts in a game, it’s inspiring but it’s no surprise to us,” Johnson said.

While Matt Moylan, a former junior teammate of Graham’s in Sydney’s west and Andrew Fifita, someone to have played nine seasons with him at the Sharks, both heaped praise on not only his ability but also his character.
“Wade has had a massive influence on me, not only in my playing career but outside of footy as well,” Moylan said.
And from Fifita in a video message to Graham said; “It’s a complete honour to play alongside of you week in and week out.”

Graham will lead the Sharks out on Sunday against the Eels in a match also celebrating the 200thNRL game for Josh Dugan and the 50th for young gun Jesse Ramien. 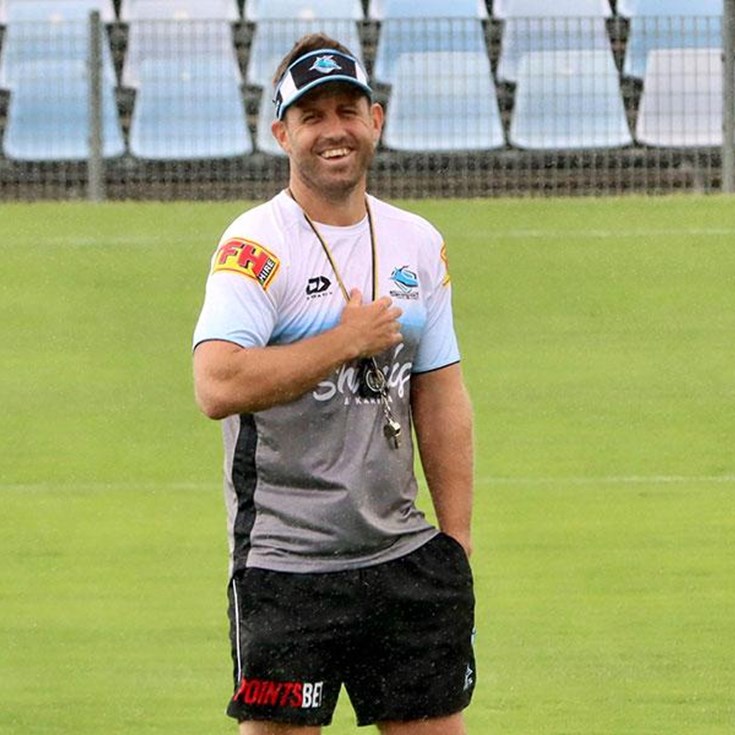 Presented By Dynasty 3 days ago