A fear of letting down both his Indigenous and Cronulla teammates led Andrew Fifita to reluctantly withdraw from the All Stars clash on the Gold Coast.

The Tongan prop's lack of conditioning and pride in his own personal performance prompted him to make the call after returning to full-time training just last Friday, following his second arthroscope and stem cell surgery which he underwent at the end of last year.

It was in 2018 that Fifita was forced to go under the knife with the first knee injury but this time round the timeframe hasn’t allowed him the chance to get his fitness back before returning to the field.

"The expectations I have of myself are high and at the moment I’m below the line," Fifita told NRL.com.

"When I go out there, I go out there to be the best, but right now I just can't throw myself out there with the way I am. My conditioning is not where it should be.

"Everyone has called me and messaged me worrying about my knee which I really appreciate but I don't have any concerns about my knee. My recovery is on track, I'm just not fit enough to play.

Hear us. See us

"Friday after the session I just knew that I couldn't put the boots on and run out with the boys. I would be letting them down if I did. Just the way I was running, it was a bit disgraceful for my liking.

"I really thought I was going to be right but reality is I'm not."

Cronulla have been monitoring Fifita during the past month but coach John Morris ultimately left the decision up to the 30-year-old.

"Bomber (Morris) was all for me going. If he was all about Cronulla he would have pulled me straight away and said I was not eligible," Fifita said.

"Bomber said to me, 'I know how much representing your people and playing Test footy means to you, so I'll let you decide'. The physios were in the same boat.

"With the unlimited interchange I probably could go into the game and have a few stints here and there but I wouldn't be doing right by my club if I did that.

"I haven't had a good enough pre-season yet and I would be letting my teammates down at Cronulla if I went out there and played, not worrying about getting myself fit first.

"That would be a whole week of me missing out on training and conditioning. It would be unfair to them. On this occasion I need to put myself and the club first."

If Fifita did lace up the boots this year he would have equalled Johnathan Thurston and George Rose as the most capped Indigenous All Stars player since the concept began in 2010.

Rather than records, Fifita is more concerned about missing out on the opportunity to represent his culture with his brothers.

"The decision was far from easy. I love playing anything that represents my culture and my people," Fifita said.

"Playing for Indigenous All Stars is like playing for my country. It's a privilege to put on that jersey.

"It’s killing me knowing I won’t be running out alongside my brothers. I’m even just going to miss being in camp with the boys for the week.

"I love them fullas and I’m shattered I won’t get that time with them because it does so much for each of us, more than anyone would understand, leading into the season.

"I feel like I'm letting the team down as we don't have many options in the front row but I still have full faith in the boys. I know they can get the job done with the amount of talent that is still in the team." 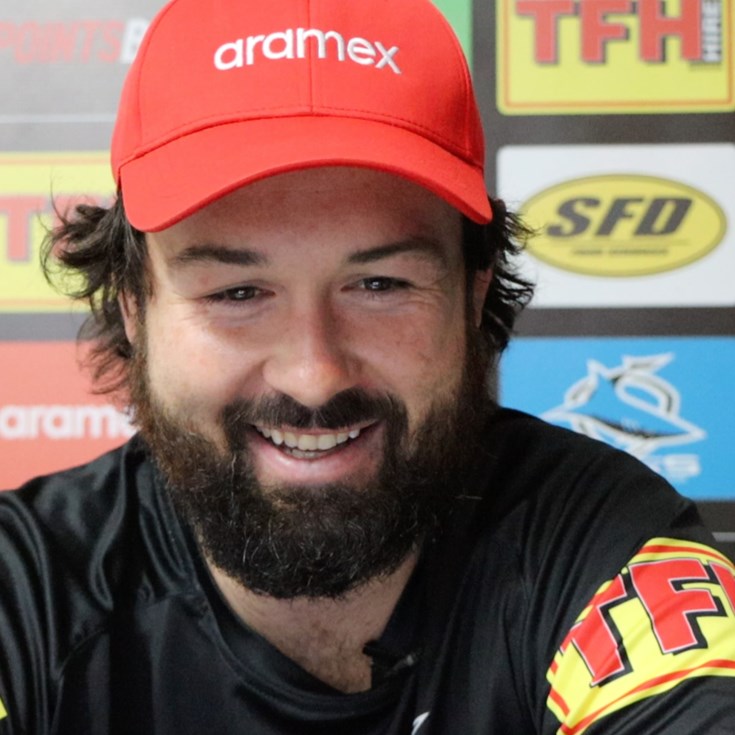