Sharks number six Shaun Johnson was Chad Townsend’s special guest on his Talk of the Town podcast, with his halves partner covering off on a range of different topics in this week’s episode.

Johnson and Townsend, who were also teammates at the Warriors, spoke about the circumstances which led to the kiwi joining the Sharks, his expectations for 2020 and how he eagerly anticipates the continued development of the young stars in the Cronulla side. Johnson also touches on his special relationship with New Zealand veteran Benji Marshall.

About to enter his second season at the Sharks, Johnson left the Warriors at the end of the 2018 season, much to the surprise of many who had followed his career at the New Zealand club.

Their star performer since his debut in 2011, the situation became untenable at the Warriors, with Johnson making his exit before signing on to join the Sharks.

“With how things worked out, we mutually agreed I can’t stay here another year,” Johnson explained, before going on to speak of his surprise at the breakdown of his relationship with the Warriors.

“But I didn’t sit and feel sorry for myself. You can’t dwell on it. The Warriors moved on. I’m here talking to you. There’s always a positive in every negative situation, that’s my honest belief.”

In new surroundings starting 2019, Johnson mentioned his frustration at having injuries interrupt that first year in Cronulla colours, while looking ahead to what he believes can be a successful second year.

While focused on getting his body in top shape and continuing to work on his combinations, not just with Townsend but also with the Sharks spine players and those on his side of the field, Johnson is just as excited to be a part of the continued development of those young guns who made their mark in 2019.

In Briton Nikora, Bronson Xerri, Blayke Brailey, Billy Magoulias and others, Johnson liked what he saw last year but was looking for even more from the Sharks 2019 debutants during the season ahead.

“All these boys, they know what it’s about now. It’s exciting to see them roll around for a second year. I’m just as excited for them as I was in their first year,” Johnson said.

“For all of those boys, having that experience, it’s going to be cool to watch.”

In the hour-long podcast, the pair shared some stories from their time in New Zealand together, Johnson expressed his admiration for Kiwi teammate Marshall, while also going on to answer a series of fan questions.

It was another entertaining Talk of the Town presentation, which can be watched on Spotify or YouTube or listened to on Apple Podcasts. See the special sneak peak, with Johnson discussing his young Sharks teammates, and also the links to access the full version of the podcast. 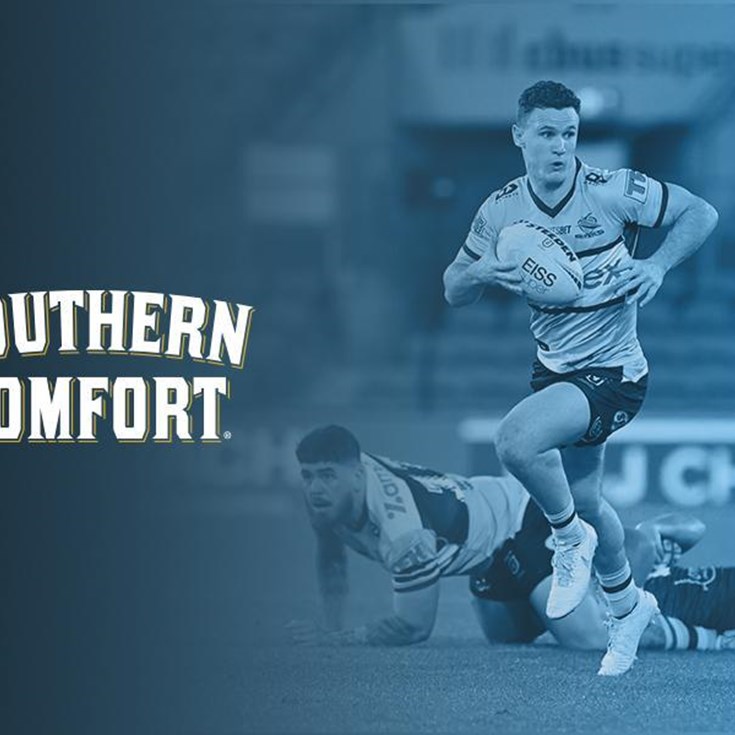 Round 19 Up Up Cronulla