Josh Morris is relishing the prospect of playing a State of Origin match without having to worry about stopping Greg Inglis but it was his feats in doing so during NSW’s 2014 series win that helped earn him a Blues recall.

Morris was one of six new faces in the NSW team named after Cronulla's 22-9 defeat of St George Illawarra at WIN Stadium Sunday night and the only one who has played Origin.

However, the Queensland team he will face at Suncorp Stadium on June 5 is vastly different to those he played against in his previous 14 Blues appearances when he usually played opposite Inglis.

"I won’t be looking up and seeing GI anymore so it is a little bit different," Morris said.

"I am just going to enjoy it. It might be my last Origin so I am looking forward to it. It’s a bit of a different mindset, for so long they had him on that edge and I used to put a fair bit of pressure on myself to stop that threat."

NSW coach Brad Fittler revealed he and the Blues brains trust had watched video of Morris’s past Origin performances – including the 2014 series opener at Suncorp Stadium when he ignored a serious a knee injury to run down Inglis in the dying minutes of NSW’s 12-8 win.

"That is something that sticks in my mind, and we most probably just needed someone with a bit of experience," Fittler said.

"We have got five debutants this year, there was 11 last year so I think having a little bit of experience on that right side especially was going to benefit us."

The Blues went on to win the 2014 series and end Queensland’s eight-year Origin domination in the following match at ANZ Stadium with Josh and twin Brett watching from the grandstand after he played through the pain of a broken shoulder in the series opener.

"Me and Brett in that one game … I did my PCL and he dislocated his shoulder and broke it but we both got off the canvas and did things that saved tries," Morris said.

"That was the 100th game of Origin and we ended up winning that, then going to Sydney and breaking the drought so I definitely know what it takes to win up there.

"I am going to go and enjoy the week but I have played a fair but of Origin so I will pass on that experience to the young fellows and let them know what they are in for, I guess, because Origin is a different beast and especially at Suncorp."

Morris thought he had played his last Origin three years ago after announcing at the start of the 2017 season that it was time for NSW to give some young players to be given an opportunity.

"I guess that whole edge is pretty much different to when I last played there. They had Billy [Slater], Cooper [Cronk], JT [Johnathan Thurston] and some pretty handy players," he said.

Without those players, as well as Inglis and Cameron Smith, Morris hopes to be able to showcase the attacking side of his game as well as the defence for which he is renowned.

Cronulla coach John Morris said he was not surprised by the 32-year-old centre’s selection after his form since joining the club this season.

"He has put himself back in the picture well and truly, he has been there before, he knows what it is about and he will give all those young rookies in the team a whole lot of belief with the experience that he has got," Morris said. 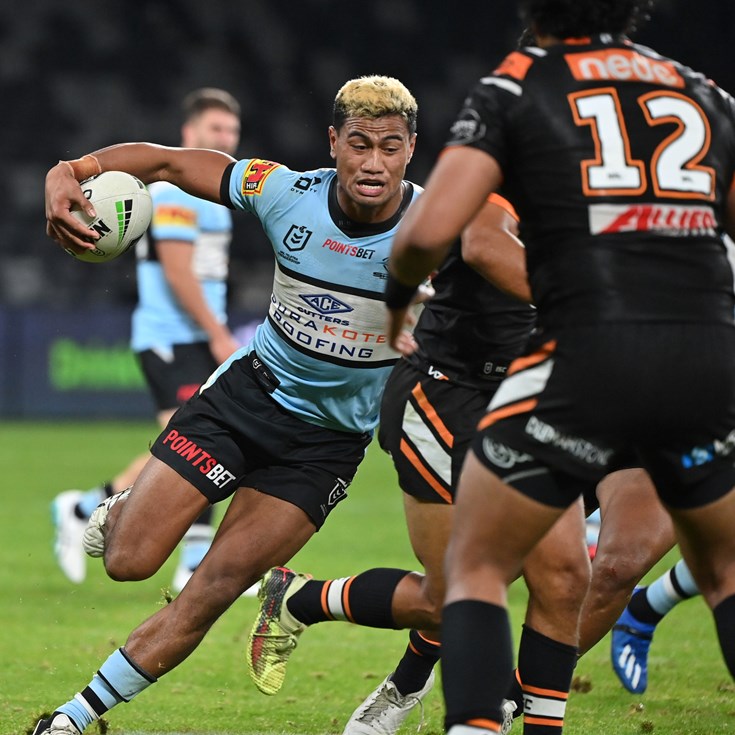