Sharks winger Aaron Gray scored his first NRL try in 637 days in Magic Round and he hopes it will catapult him towards a new NRL contract.

Gray's two-year Sharks deal expires at the end of 2019 but he insists his focus is on keeping his spot in first grade rather than worrying about where he might be in 2020.

"It's been a long road, I hadn't played for probably a year and a half until last week," Gray told NRL.com.

He said he was a bit nervous in what was a scrappy first half against the Titans before the Sharks rallied to a 26-18 win.

"The boys started a bit frantic but we came in and had a good halftime chat with Bomber (coach John Morris). We identified what we needed to do then went out and executed in the second half so pretty happy with the second-half performance."

Get Caught Up - Magic Round

Gray scored his first try in 20 months – the last coming when he was a Rabbitohs centre in 2017 – in the 47th minute.

With the drought broken Gray celebrated by making it a double just 11 minutes later.

"It was good to break the drought, it's been 18 months or something so it was good to get a couple of 'meat pies' and to get the win mainly," he said.

Gray said while his time in NRL purgatory had been challenging, he also got a confidence boost out of his own performances in reserve grade.

"I enjoyed my time last year with Newtown. I really got a lot of confidence out of last year just from playing the whole year with no injuries," he said.

"It's been a bit hard as well but you can't kick stones, you've got to go back there and play some footy and have a bit of fun with it then when your chance comes just take it. Hopefully I'm doing that."

Gray said he was happy for his playing future to sit on the back-burner while he attempts to reignite his first-grade career.

"I just have to keep chipping away and hopefully something comes my way. Keep getting some exposure playing first grade if I can and go from there." 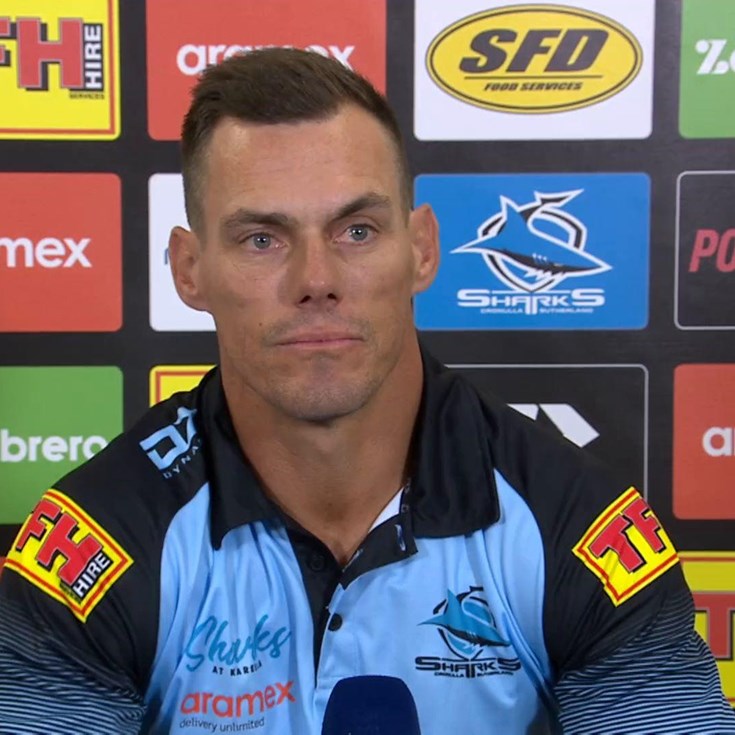 Presented By Zambrero 1 week ago

Morris: "I'm just so proud to be their coach on a day like today"