The Sharks won’t be fooled by the fact that their opponents tomorrow night sit towards the tail of the NRL ladder after registering just one win from their six games so far.

For the uneducated, a struggling Brisbane team would seem like cannon fodder for anyone showing any semblance of winning form, but Sharks coach John Morris and an experienced playing group are under no illusions as to the challenge which awaits them.

Suncorp Stadium against the Broncos, especially a team currently under-siege from fans, former players and the Queensland media, is promising to be a difficult assignment.

And as Sharks coach John Morris explained at his weekly media call, results can sometimes be misleading.

“They haven’t had the results they’d like but they’ve been in every game,” Morris said of the Broncos. “Their last month of footy they’ve had two games where they were beaten in the 80th minute, against the St George and the Wests Tigers, then even last week, they were in front until the 66th minute.

“We’re fully aware they are a quality side and desperate for the two points. But so are we,” Morris added.

While the 1-and-5 Broncos have their issues, sitting mid table with three wins from the opening six rounds has the Sharks in a position where a win is also vitally important.

A victory has the potential to propel the Sharks into a strong spot inside the top eight, while a loss is set to bring added pressure in the weeks ahead.

Rather than worry about that however, Morris preferred to concentrate on the positives, with the come-from-behind win over the Panthers a performance he believes his team can build on

“A lot of parts of our game we hit PB’s for our stats, so did Penrith, so it was a high-quality game of footy,” Morris said.

“I was really impressed with the way we fought back, not only from 14-0 down but it was also 20-6 in the second half. But we found a way, we kept in the fight, competed really hard and we got rewarded in the end.

“I was impressed with the win.”

In Sharks team news, young back rower Briton Nikora will be missing from the line up after accepting the early guilty plea on a dangerous throw charge from last week, his place in the starting side to be taken by the experienced and capable Scott Sorensen.

Jayson Bukuya returns after sitting out the Panthers game with a thumb problem, with the Sharks team otherwise the same as the one which beat Penrith at home last Thursday.

For Brisbane, they welcome back Tevita Pangai at lock and James Roberts in the centres, with Roberts playing only limited minutes after coming off the interchange bench in his teams loss to the Raiders last week.

The game will also be the first against his former club for former premiership-winning Shark Jack Bird .

In head to head statistics, Brisbane will be looking for a fifth straight win against the Sharks, although there hasn’t been much to separate the two teams, with seven of the past eight matches decided by eight points or less.

The Broncos have won the past two, and 13 of the 17 matches played between the two clubs at Suncorp.

The match is scheduled for a 7.35pm kick-off at Suncorp on Saturday night, with the Sharks 19-man squad listed below.

Youngsters Ronaldo Mulitalo and Billy Magoulias have been retained in the 19 from the 21 selected on Tuesday. 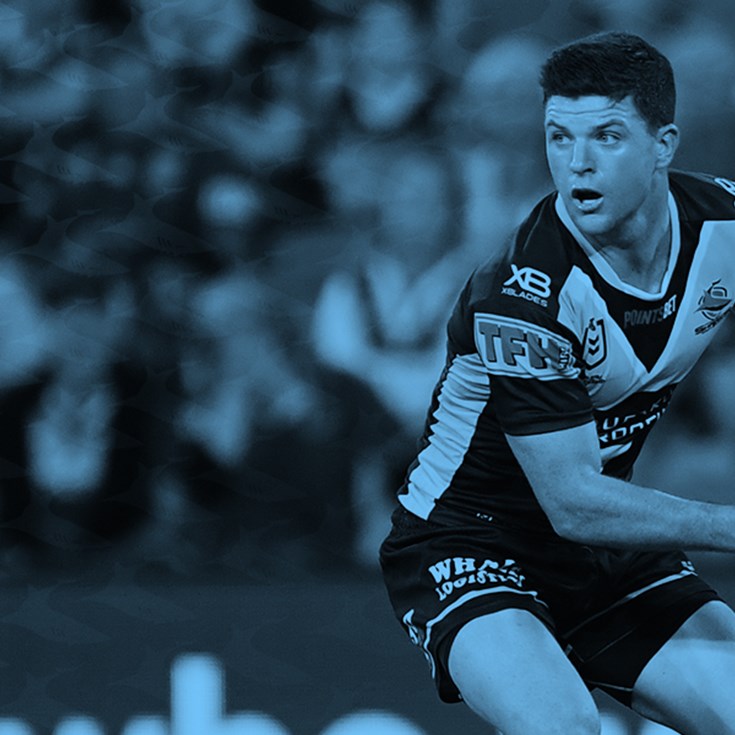 Your Round 7 Man of the Match