Able to play wing or centre, Gray is a powerful runner, very skilful and has plenty of experience for a young bloke.

A part of some very healthy competition at the start of the 2018 season, Gray found himself up against the likes of Ricky Leutele, Josh Dugan and Jesse Ramien, all vying for a centre spot in the Sharks final 17.

With the experienced campaigners ahead of him in the pecking order, Aaron spent the majority of 2018 in a Newtown Jets jersey, but it wasn't all bad.

While running around at Henson Park, Gray rekindled his love for footy and was rewarded for his outstanding form with a call up to the Intrust Super NSW Residents side, as well as with the 'Coach's Award' at the annual Newtown Jets Awards night.

With another year on his contract at the Sharks and the likes of Ricky Leutele and Jesse Ramien moving on, Gray will be looking to put in a big pre-season as he makes a charge for the centre spot 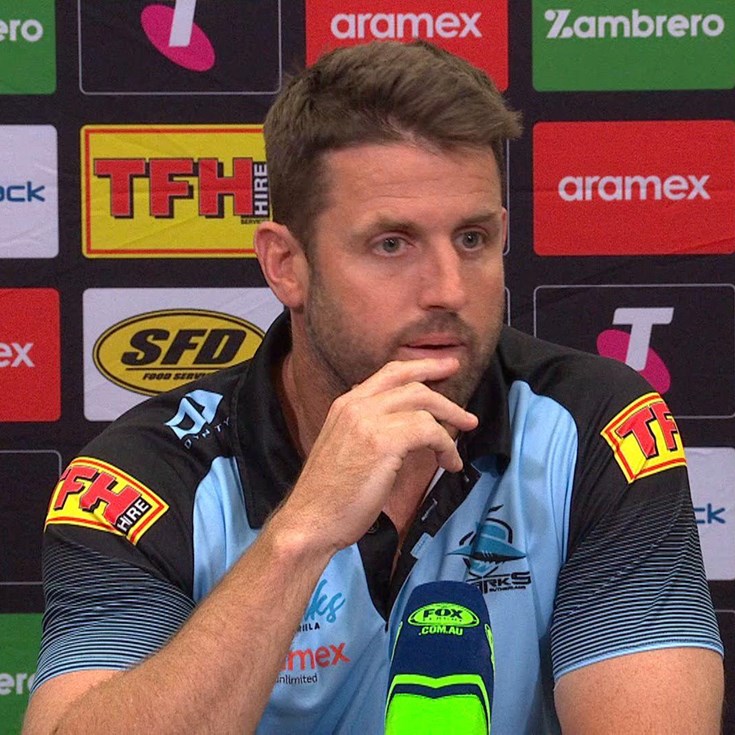