The official team lists for Saturday's Test between Australia's Kangaroos and Mate Ma'a Tonga at Mt Smart Stadium in Auckland.

Australia: The Kangaroos have named an unchanged line-up to the one that went down to New Zealand last week, meaning Reagan Campbell-Gillard and Tyrone Peachey again miss out. Luke Keary is named at five-eighth after being concussed early last week.

Tonga: In a late change, Ben Murdoch-Masila (No.21) will start on the bench, with Peni Terepo left out of the 17. Tonga have a handful of changes from the mid-year Samoa Test with Solomone Kata and David Fusitu'a replacing Konrad Hurrell and Robert Jennings in the three-quarter line, plus Sika Manu and Tevita Pangai jnr replacing Manu Ma'u and Tevita Tatola in the pack. 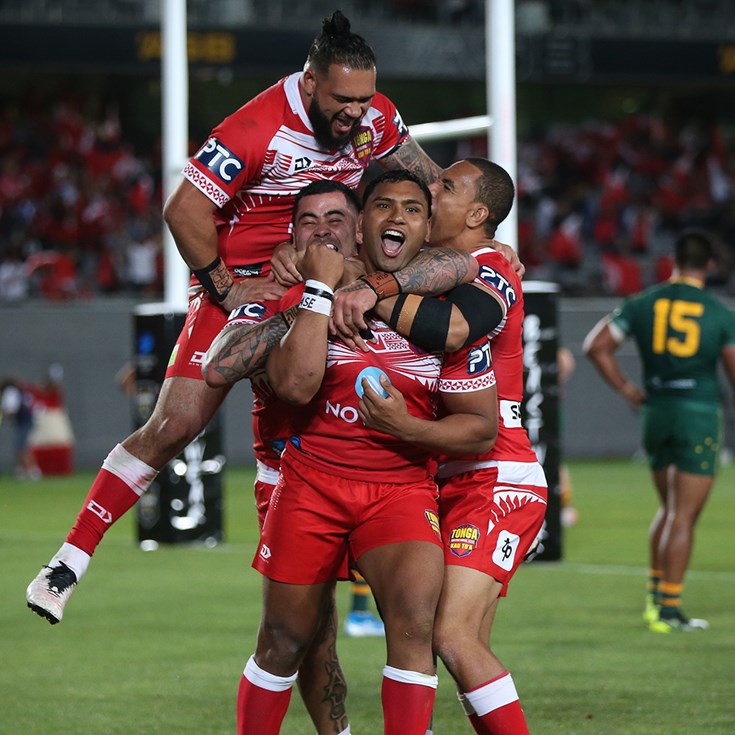