Cronulla Sharks stars Valentine Holmes and mid-season recruit Aaron Woods have both been named in the Kangaroos 19-man squad to face the Kiwis this Saturday at Mt Smart Stadium.

Holmes has worn the green and gold on 11 occasions already and is seen as one of the best finishers in the game. He became the first Kangaroo to score five tries in a Test during the 2017 World Cup, before backing that up just a week later with a massive six-try haul in Australia's 54-6 semi-final rout of Fiji.

Mid-season recruit and incumbent starting Australian prop Aaron Woods has also been named on the bench for the Roos.

It's been an up and down season for Woods, losing his Blues Origin jersey, being forced out of the Bulldogs due to salary cap constraints, before finding his feet and finishing the year off strong in the black, white and blue.

Woods will return to Mt Smart Stadium, where he made his Sharks debut in Round 16, this time in the green and gold, no doubt excited to retain a spot in the side. 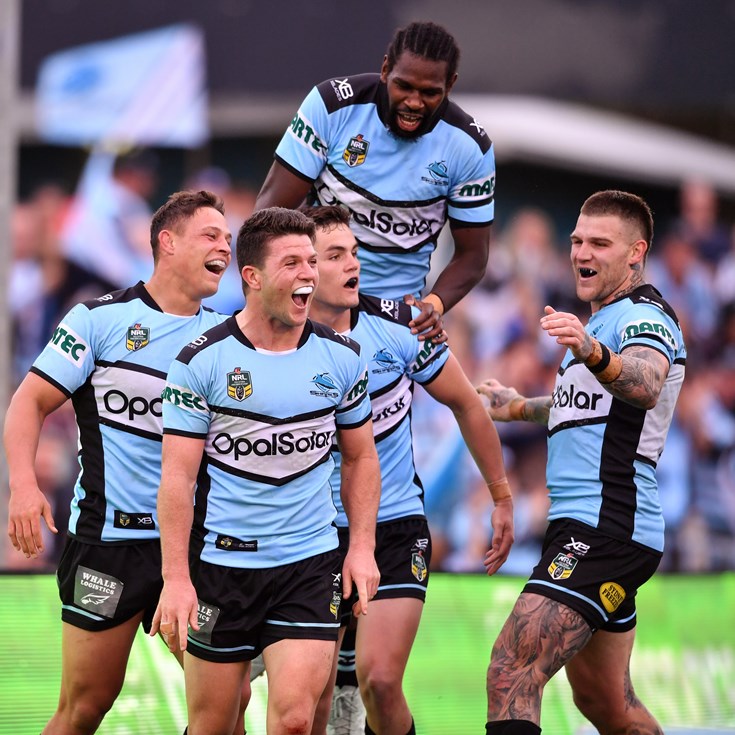 Six of the best for Val