Cronulla forward Scott Sorensen is the latest NRL star to pledge his allegiance to Tonga and has been chosen in an extended Mate Ma’a squad for next month’s historic Test against Australia in Auckland.

Sorensen, who has been named on the interchange bench for Friday night’s preliminary final against Melbourne, is the nephew of Kiwi greats Dane and Kurt Sorensen but also has Tongan heritage and is under consideration to make his representative debut in the October 20 Test at Mount Smart Stadium.

The nucleus of the squad comprises players from last year’s stunning World Cup campaign, in which the Mate Ma’a beat New Zealand and suffered a controversial semi-final loss to England, but Woolf arguably has greater depth to call on for Tonga’s first Test against the Kangaroos.

"We are very pleased with the depth in the squad we have managed to name for this very important Test match," Woolf said.

"We feel it is representative of the depth of Tongan rugby league in both the NRL and English Super League, and also rewards players that have made a firm commitment to playing for their country of heritage.

"This will be a huge occasion for Tonga to take on the top-ranked rugby league country in the world, so we need every player we can committed to that goal."

The final Mate Ma’a squad will be announced next month, and will go into a 10-day team camp leading up to the Test. 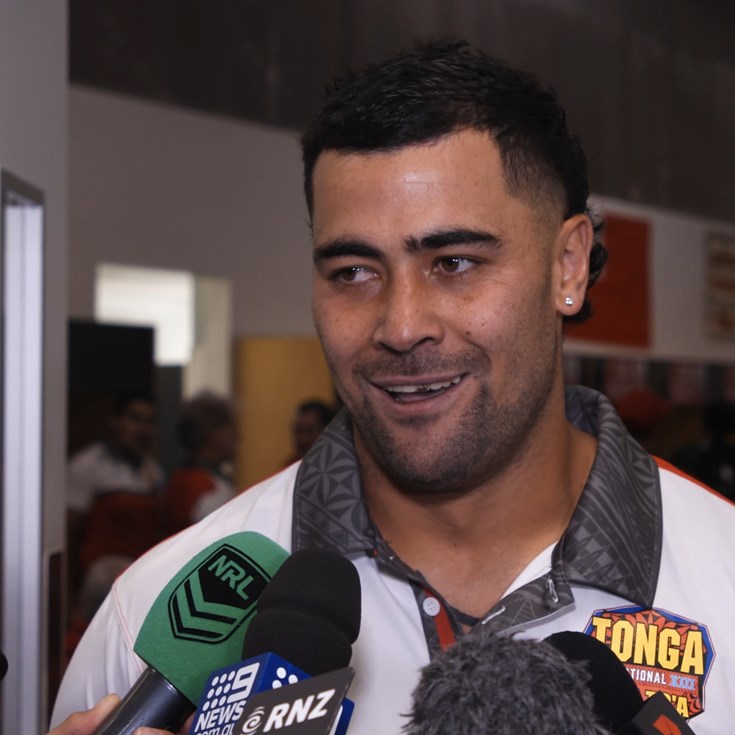 Fifita in disbelief after Tongan triumph