The Sharks play the Bulldogs at ANZ Stadium on Sunday in the final round of the regular season as they look to consolidate their position inside the top four.

A win over the Knights last weekend and with other results going their way, the Sharks moved into fourth on Sunday and a victory over the Bulldogs would see them cement their place ahead of week one of the NRL finals.

Claiming the two points however won't be as easy as it sounds, with the Bulldogs despite their position on the NRL ladder having found form in recent weeks, highlighted by their 38-0 thumping of the St George Illawarra Dragons at their last start.

The Sharks will again go into the game without regular centres Ricky Leutele and Jesse Ramien, but their replacements in Josh Dugan and Kurt Capewell were amongst the best players on the field against the Knights and will be expected to do the job once more on Sunday.

The form of Dugan and Capewell could leave coach Shane Flanagan with some selection headaches
Matt Moylan has also been named to return, with last week's debutant Kyle Flanagan selected on the extended bench.

The Sharks play the Bulldogs on Sunday, kicking off at 2.00pm at ANZ Stadium.

See the Sharks team listed below. 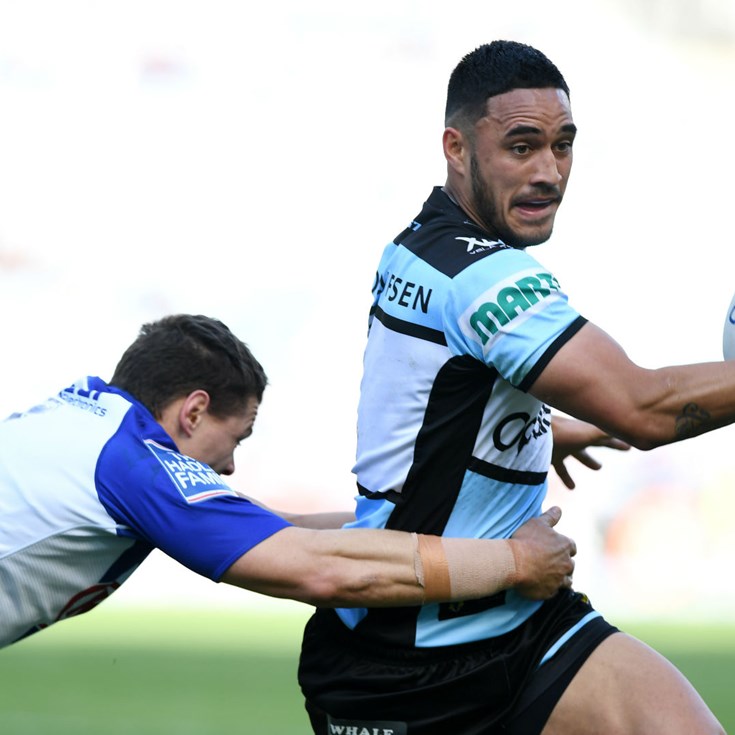