Injuries to outside backs Jesse Ramien and Ricky Leutele has forced a Sharks backline reshuffle for their game against the Newcastle Knights on Sunday.

With the two centres out of action with lower leg issues, Sharks coach Shane Flanagan has gone to a couple of trusted performers to fill the void, with Josh Dugan and Kurt Capewell named in the three and four jerseys for this weekend's clash.

Dugan, an international centre and fullback, shifts from the wing, while Capewell after playing almost 60 minutes in the position when replacing Ramien in the game against the Cowboys, has retained the spot for the Knights match on Sunday.

In the forwards, Flanagan has also named Jayden Brailey to return as the starting hooker, with Wade Graham back in his regular back row role.

Scott Sorensen and James Segeyaro have been selected on the interchange bench.

The match against the Cowboys will also mark the last appearance at Southern Cross Group Stadium for Luke Lewis, with the 300-game veteran and 2016 Premiership winner to be given a filling farewell.

Tributes will also be made for other players departing at season's end, including Edrick Lee, Joseph Paulo and the injured pair of Leutele and Ramien.

The Sharks v Knights match is scheduled for a 2.00pm kick off on Sunday, with the Sharks 21-man squad listed below. 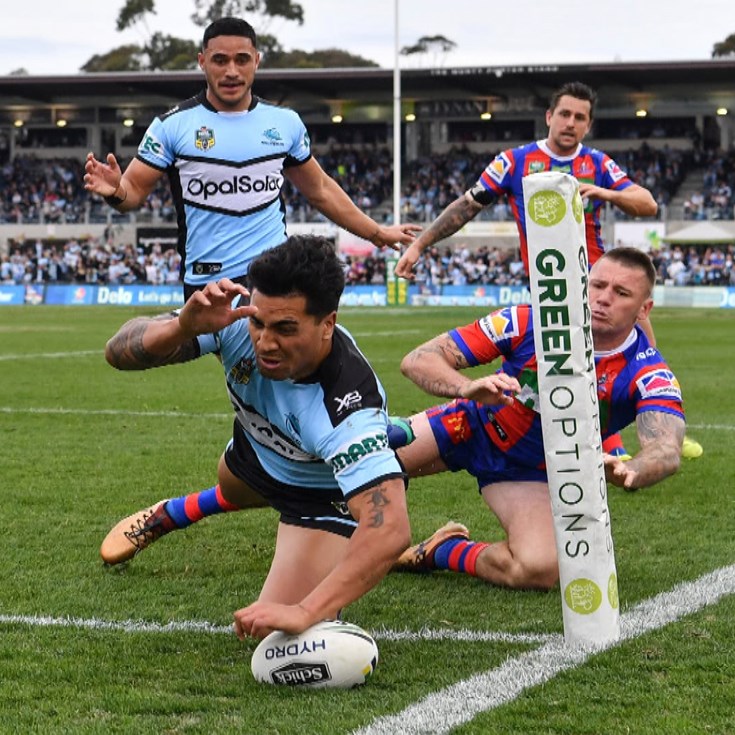