Tonight's assignment is a challenging one for the Sharks as they look to topple the fourth-placed Warriors at home, who are riding high on confidence.

The Sharks will line up as per program with mid-week recruit Aaron Woods set to become the 523rd Shark to don the jersey.

Woods signed on for the Club on Tuesday morning, jumped straight into training on Tuesday afternoon and after travelling on Wednesday and getting through the Captain's Run on Thursday, he's set to take his place on the bench ready to provide plenty of go forward for the Sharks when his time comes.

Scott Sorensen and Kurt Capewell are set to start as named in the back row.

Sharks duo Valentine Holmes and Matt Prior will be also be backing up from Origin II.

Forward Ava Seumanufagai and outside back Aaron Gray drop out of the final 17.

The Sharks v Warriors match is scheduled for an 8.00pm kick off (Local time – 6.00pm Sydney) at Mt Smart Stadium.

Tale of the tape 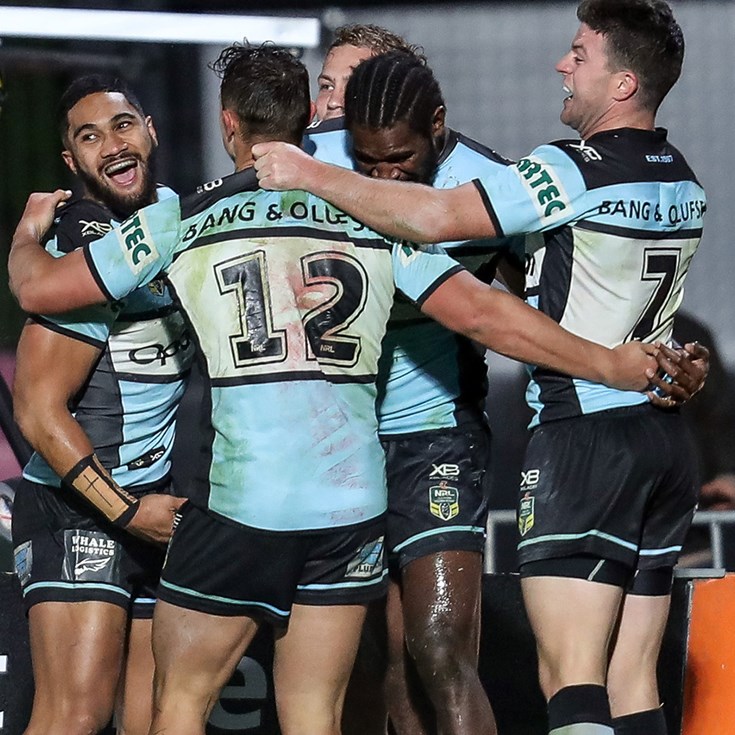