The half time entertainment will be something to see, featuring the annual Dance Spectacular and 1800 local performers, with Sharks fans hoping the action either side of the break will be equally exciting when the Cronulla side hosts the Broncos in a match crucial to the finals aspirations of both teams.

The Sharks maintained their spot inside the top eight with a strong second half effort against the Tigers, while a loss to the Storm has the Broncos arriving at Southern Cross Group Stadium desperate for a win.

Coming through the game against the Tigers without any major injury concerns, Sharks coach Shane Flanagan has named an unchanged line-up to take on the Brisbane Broncos on Saturday night.

Luke Lewis, after coming off with a head knock in the first half of the Tigers game, will have to pass the concussion protocols before being cleared to play, however the senior back rower was feeling no serious ill-effects after the game on Sunday.

Jack Williams, impressive in just his third NRL game last weekend, has maintained his place in the Sharks 17, as has exciting young winger Sione Katoa, who despite limited chances enjoyed a solid outing against the Tigers.

The Sharks 21-man squad is listed below, with kick off to Saturday night's game scheduled for 7.30pm.

The Jersey Flegg Sharks will play Mounties in the preliminary game, that match getting underway at 5.05pm 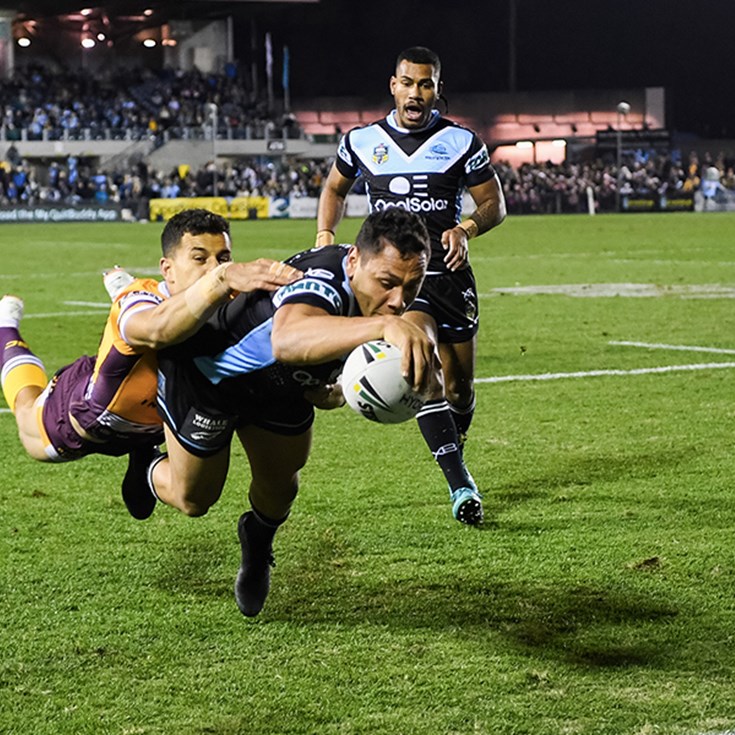 Sharks pipped by Broncos in thriller