With four wins without close to 1,000 games of NRL experience on the sideline, it has almost a case of no Paul Gallen, no Luke Lewis, no Wade Graham and no Josh Dugan, but no worries, for a Sharks side that has pushed its way up into the top eight as the 2018 season approaches the half way mark.

The young players have stepped in, Andrew Fifita delivered a 'captain's knock' last week and has been the leader of the pack over the last month, in what has been an impressive display of resilience from the entire Sharks squad.

The games have been close, likely too close for comfort for Cronulla coach Shane Flanagan, who has been satisfied with the attitude and encouraged by the results.

"We've had some challenging times with players out but we've celebrated who's in rather than who's out," Flanagan said. "Seeing these boys make their debut and enjoy their football has been pleasing."

After the somewhat sluggish start to the season, with the Sharks two wins from their first six matches, consecutive victories over the Panthers, Titans, Eels and Raiders have them back on track and playing with the confidence lacking earlier in the year.

As Sharks halfback Chad Townsend explained, it has been a matter of knuckling down, concentrating on what they do well and trying to ride out the injury issues they've faced.

"On the back of some adversity, the young guys have come in and done a good job," Townsend said.
"We were a bit disappointed with how we started the season but we addressed some areas, changed a few things. We just want to keep focusing on what we can do well."

However as good as the past month has been, this week if the Sharks hope to continue their winning streak, they will need to get the better of a Bulldogs sitting towards the bottom of the NRL ladder despite sporting a classy roster.

"From what I've seen of the Bulldogs, they've competed really hard, been in a lot of games," Flanagan said. "They've been right in it and a penalty here and there has decided the result.

"The two front rowers, (Aaron) Woods and (David) Klemmer, we need to make sure we're meeting them on the advantage line. The Morris boys played fantastic last week and the fullback is going well.

"They've got some dangerous players but it starts with their front rowers and we've got to get over the top of them first," Flanagan added.

While Fifita has carried plenty of the load, on Sunday he will have some support from a couple of his more experienced teammates, with Paul Gallen listed to return and Jayson Bukuya a certain starter.

The pair have been missing in recent weeks, Gallen with a medial strain in his knee, Bukuya with a sever virus. Josh Dugan, sidelined since breaking his foot in round eight against the Titans, has also been included on an extended bench.

"(Gallen) trained well last night and everything is on track. I think he'll be fine. Duges also trained well yesterday and he is a chance to play. He is a lot earlier than expected but he ran over the last five or six days and there's no pain," he said.

From the Sharks team named on Tuesday, Flanagan has omitted middle forward Kurt Dillon, as well as the injured Luke Lewis, with the veteran back rower listed for a return next week against Newcastle.

The game on Sunday, which kicks off at 4.10pm, will provide the chance for the Sharks to celebrate Indigenous Round, with the team to wear the special Aunty Deanna Schreiber-designed jersey for a second week.

Also as an added bonus for fans arriving at the ground early, a Junior League First Grade game between the Como Crocodiles and Engadine Dragons will be played as the curtain raiser.

The first game kicks off at 1.50pm at Southern Cross Group Stadium, with gates to open at 1.45pm. 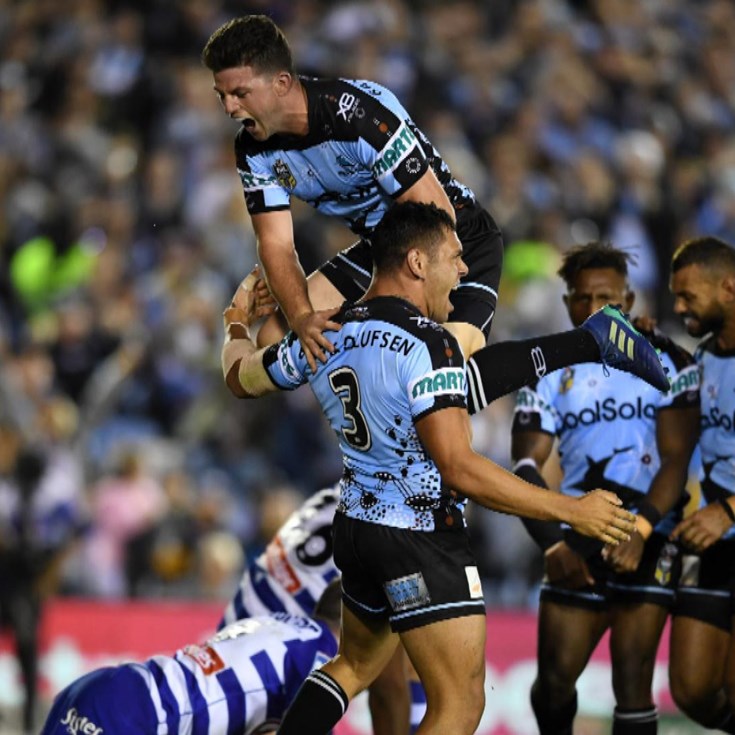