With the loss of Josh Dugan due to a broken foot, coupled with the unavailability of Paul Gallen and Luke Lewis through injury, the Sharks will send a different-looking line-up into their second game of the season against the Parramatta Eels.

Back in round three when the two teams met, Josh Dugan was in the Sharks side, as was skipper Gallen, while Matt Moylan was sidelined, his place at five eighth taken by Trent Hodkinson.

This time around Moylan will be present and in the six jersey, Lewis is still missing, with coach Shane Flanagan opting to play Valentine Holmes in Dugan's fullback position, while Kurt Capewell remains in the starting side after a strong performance on the Gold Coast last week.

The result went the way of the Sharks in the third-round encounter, in a dour affair the Cronulla side running out 14-4 winners in a match which finished one try apiece, five goals from Chad Townsend proving the difference.

The Eels are set to arrive at Southern Cross Group Stadium with a good deal more confidence than last time around, having been successful at their last two starts, following on from six losses to start their season.

The Sharks v Eels match is scheduled for a 7.30pm kick-off at Southern Cross Group Stadium on Saturday.

The Sharks team is listed below. 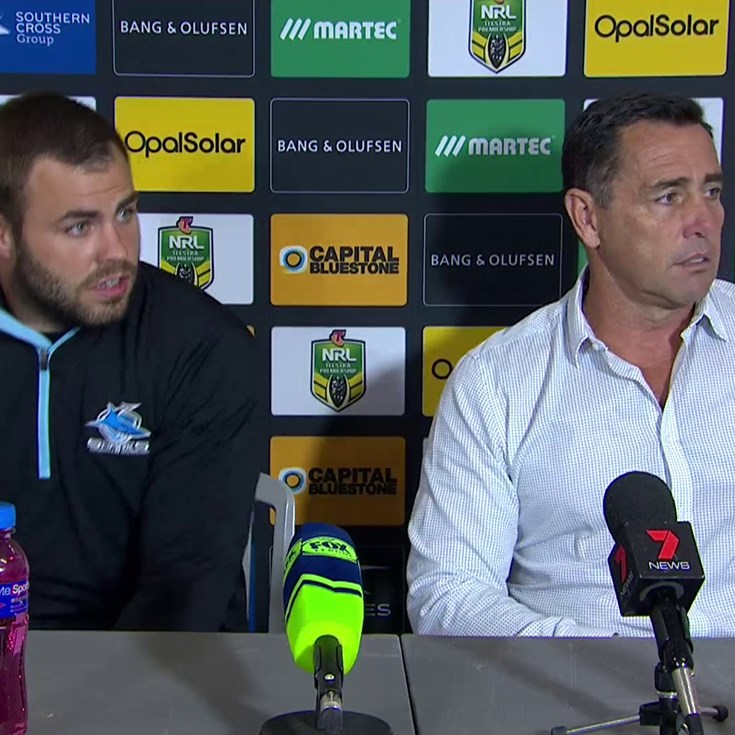 Graham confident of return against Eels