While his former halves partner James Maloney has been dominating the headlines through the opening six rounds, piloting the Panthers to a 5-1 start to the season, Sharks half back Chad Townsend has taken on extra responsibility in 2018 due to the absence of his ex-teammate.

And despite the Sharks slow start to the season, Townsend's input has strong though the opening six rounds, his kicking game crucial to the chances of his team.

In comparison, Maloney's running game has been spectacular, with Townsend and the Sharks sure to be on notice on Sunday.

The pair have also both taken on the goal kicking duties, with Townsend slotting 20 goals from 23 attempts, while Maloney grabbed the kicking tee when Nathan Cleary went down earlier in the season and has been successful on 18 occasions.

Their battle on Sunday, between the 2016 Premiership-winning halves pairing, will go a long way towards deciding the result.

A lot of talk has centred around the make up of the Sharks 'spine' and while that may not include Jesse Ramien, the switch of Josh Dugan from the centres back to fullback, could have a lot to do with the strong play from the youngster in his four games so far in the top grade.

A strong runner of the football and dependable defensively, Ramien has forced his coach's hand and almost demanded selection due to his strong performances in 2018, hence the move of Dugan to make way for his inclusion.

That being sais, Ramien and his teammates will need to pay particular attention to big back rower Corey Harawira-Naera, who this week happens to be playing out wide and in the centres due to his abilities as much as it has to do with injuries in the Penrith camp.

A big body, with power and speed, Harawira-Naera could prove a handful for the Sharks, as much as the Panthers will need to pay special attention to Ramien.

While Joseph Paulo and James Fisher-Harris may not be the first choice number-13's for their respective sides, that's not to say the pair won't have plenty of impact on the game come Sunday afternoon.

Offering differing styles, Paulo with his ball skills and guile, Fisher-Harris with his power game, the two locks will need to watched for different reasons.

The Sharks will be hoping the variety Paulo's game possesses will give them an edge, the Panthers looking for their man's physicality to help them dominate in the middle of the field.

This battle shapes as an intriguing one 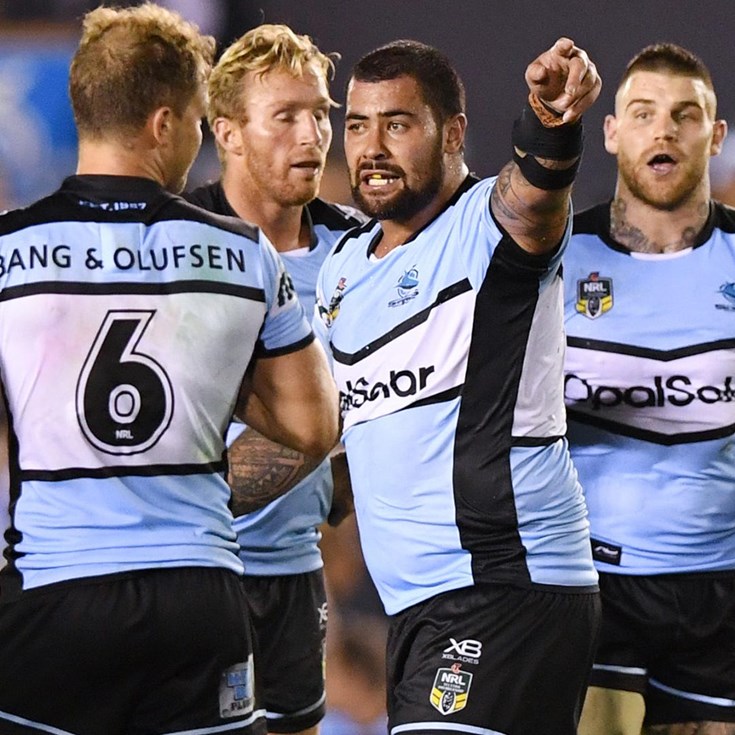 Holmes settled on the wing