The last time they met the St George Illawarra Dragons had the last laugh.

The Sharks dominated the first 35 minutes, gave up a spectacular try just on the stroke of half time, before the Dragons dominated the second period, albeit on the back of the Cronulla side’s ill-discipline and a mounting error rate.

Usually, teams have a long time to wait when trying to earn some redemption, however just a month after the second-round loss, the Sharks get their right of reply, at the same time trying kick start what has been a stuttering first five weeks of the 2018 season.

“We can’t wait to get back into it,” Flanagan said of the early season Dragons rematch. “(last time they played) it was 14-4 just before half time and then we had a try disallowed and we could have skipped out to 20-4.

“We were dominant in that first half, played poorly in the second half, they kicked some penalty goals and just got away with it.

“They are always good quality games, doesn’t matter who’s up the top and who’s down the bottom, you wouldn’t know once the game kicks off.

“It’s going to be a big crowd down there and we’re really looking forward to it,” Flanagan added.

The Dragons come into the game full of confidence after five consecutive wins to start their 2018 season, the last of those a hard fought 16-12 victory over Souths at WIN Stadium.

The Sharks on the other hand are battling to find consistency in their performances, with two gritty wins over the Storm and Eels, followed by a disappointing loss to the Roosters a week ago.

Consistency was in fact a key word for Flanagan at his media conference earlier today, with the coach opting for Matt Moylan again at fullback in a bid to give the team the same look and feel in the ‘spine’ as per the week before.

“We need some consistency at fullback. (Moylan) played well there last week, he made some line breaks and I don’t want to be swapping week after week,” he said.

“He’s the best fullback we’ve got at the moment and it gives us a bit of consistency in our halves.”

While Moylan returns for a second week in the fullback position, also back on deck this week for the Sharks is Josh Dugan, with the international centre having missed the previous three weeks with a groin strain.

Hodkinson retains his place at five eighth, Edrick Lee has been named to replace Sosaia Feki on the wing, with local product Kurt Dillon to make his NRL debut from the Sharks interchange bench.

However whatever team they trot out tomorrow night the Sharks will need to be on their game against a Dragons squad undefeated through the first five rounds and sitting on top of the table.

In looking at past matches between the Sharks and the Dragons since they merged to become St George Illawarra back some 20 years ago, WIN Stadium has been a difficult place for Cronulla teams to play.

In six meetings down in Wollongong, the Sharks have been successful just once, that win coming in spectacular fashion when Andrew Fifita won the race to a grubber kick after the fulltime siren had sounded.

Overall the ledger is extremely close, with the Dragons holding a narrow 21-19 advantage in all matches played.

The Sharks v Dragons match is scheduled for a 7.50pm kick off at WIN Stadium on Friday night, with the Sharks 19-man squad listed below. 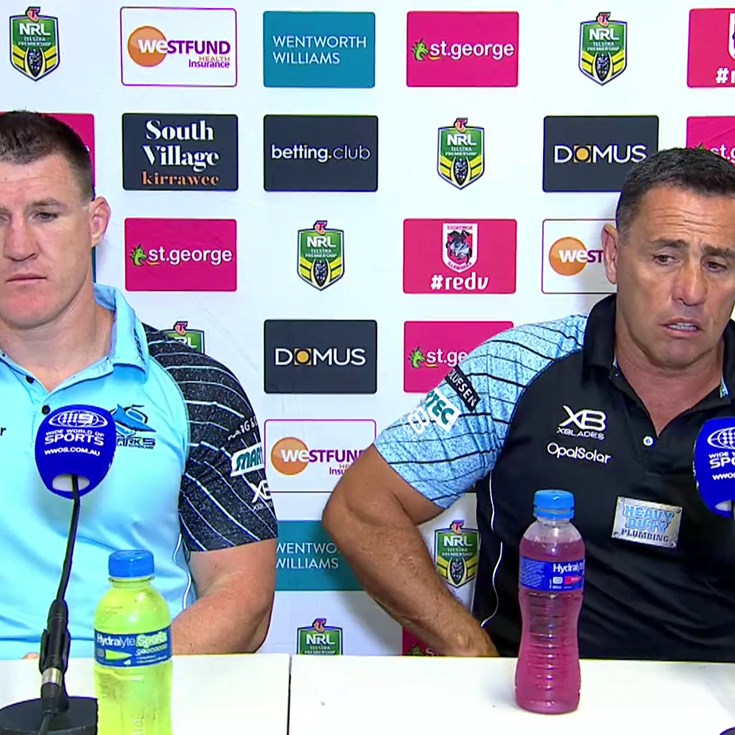 Flanagan anoints Moylan as his number one