It’s a good Friday classic, with the 2016 champs, up against the 2017 Premiership winners, however whatever has gone before will count for little when the Sharks and Storm take to the field at Southern Cross Group Stadium tomorrow night.

The Sharks of 2016 have added the likes of Josh Dugan and Trent Hodkinson, young gun Jayden Brailey has cemented his position at dummy half and Jesse Ramien has graduated into the NRL squad, while plenty of familiar faces also remain.

As for the Storm, there is no Cooper Cronk, Kiwi backrower Tohu Harris or Kangaroos prop Jordan McLean who has moved onto the Cowboys in 2018, but Smith, Slater and Munster are still around and what hasn’t changed is the intense rivalry that exists between two of the competition’s heavyweights.

Sharks Coach Flanagan at his pre-match press conference was thrown up questions about Cronk having moved on and about his rookie replacement in Brodie Croft, but he understands that regardless of who Melbourne trot out tomorrow night it will still be a quality outfit and a considerable challenge facing his team.

“They’re always tough struggles and I expect it to go to the last minute,” Flanagan said. “We know the way they play and hopefully we’ll be ready for whatever they throw at us.”

As for the rivalry which exists, Flanagan explains that to be a by-product of two teams with recent memories of games that have gone before and of trying to assert some dominance over a respected opponent.

“Always after Grand Finals that rivalry hangs around for a couple of years,” he reasoned. “I think you saw with Melbourne and Manly I remember, post their Grand Final, at Brookvale there was that stink on the sideline.

“You won’t see that again but that rivalry on the field is definitely there.”

While experienced campaigner Luke Lewis returns for the Sharks after missing the opening three rounds with a foot injury, missing once again will be five eighth Matt Moylan, with medical staff reluctant to risk him at this early stage in the season.

Moylan’s place will be taken by Hodkinson, with the former Origin half back unlikely to overawed by the big game atmosphere tomorrow night. Hodkinson was solid in his club debut in the win over the Eels and will relish another opportunity in the top grade.

On the other end of the scale, one player needing to keep his emotions in check, will be two-game youngster Jesse Ramien, who although expressing he was ready for what Friday night might bring, was appreciative of the fact the task will be a formidable one.

“The way the boys have talked it up, it’s not just a normal game, every time we play Melbourne it’s always on,” Ramien said. “The boys have said it’s always a big game and you need to come with you’re A game on and be ready to play.”

And although Ramien and the Sharks will have 17 classy Storm players to contend with, the young centre is looking forward to renewing acquaintances with Cronulla junior and now Melbourne outside back Curtis Scott.

“It’s very exciting to come up against Curtis. I played a few junior rep sides with him and I know Curtis well,” Ramien said.

With Flanagan trimming his squad down from 21 to 19 in the 24-hours before the match, Moylan comes out with his knee problem, while Braden Uele goes back to the Intrust Super Premiership where he will turn out for the Newtown Jets on Saturday.

Kurt Dillon and Edrick Lee have been retained on an extended reserves bench.

While the Storm hold a 22-12 win advantage over the Sharks in all matches played between the two teams, the Cronulla club have won two of the previous three meetings, included amongst those the 14-12 Grand Final victory of 2016.

Interestingly, in matches played at Southern Cross Group Stadium the Storm also come out on top, having won eight of the 14 games.

The Sharks v Storm match is scheduled for a 7.50pm kick-off, with an SG Ball match between the Sharks and Balmain Tigers the curtain-raiser, getting underway at 5.35pm. Gates open at 5.30pm.

In a Good Friday special, tickets can be pre-purchased for $30 for two people, which is half the regular ticket price. 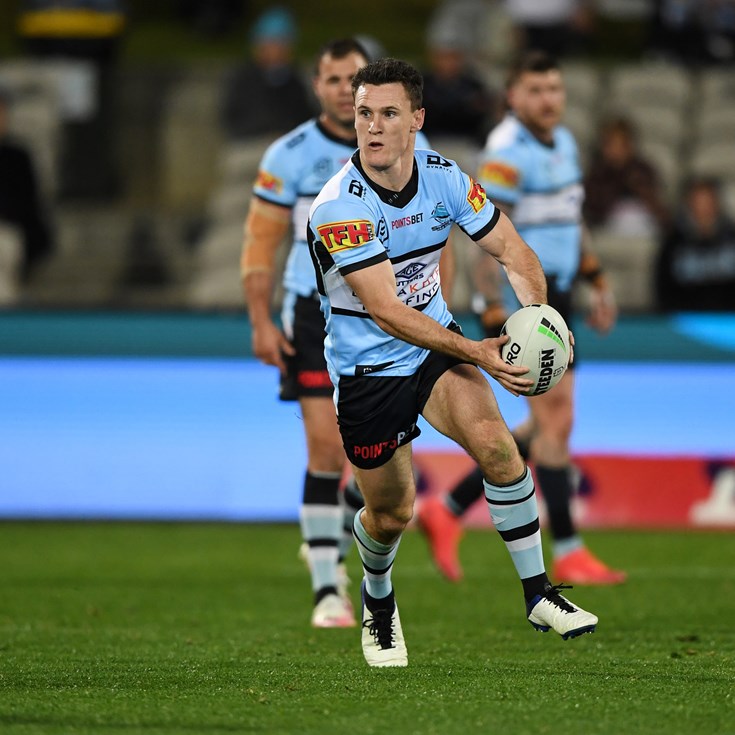 The conversation behind Tracey's shift to fullback