Sharks Coach Shane Flanagan has named a somewhat predictable 21-man line up for the clash with the Cowboys on Friday night, however he was giving little away when it came to the make-up of his interchange bench.

“We’ll travel to North Queensland on Thursday, we’ll travel with 19 and some really good players are going to miss out,” Flanagan said. “That’s a good thing for me as a coach, we’ve got a strong squad this year and when called upon we’re going to have some good players come into the team.”

Following an outstanding pre-season, young winger Sione Katoa has won a berth on the wing, while plenty of excitement surrounds the club debuts of Josh Dugan and Matt Moylan.

The Sharks forward pack is somewhat as expected, with Paul Gallen and Luke Lewis to begin their 18th seasons in the NRL.

The bench however is another matter, with Flanagan likely to play another newcomer to the club in Ava Seumanufagai, backrower Jayson Bukuya and hooker James Segeyaro, with the final place in the 17 presently occupied by the experienced Joseph Paulo.

Flanagan also has the option of bringing Kurt Capewell, middle forward Kurt Dillon, outside back Aaron Gray or the very capable Trent Hodkinson into his squad.

The Sharks travel to Townsville on Thursday before playing the Cowboys on Friday. Kick-off is 7.05pm local time (8.05pm Sydney). 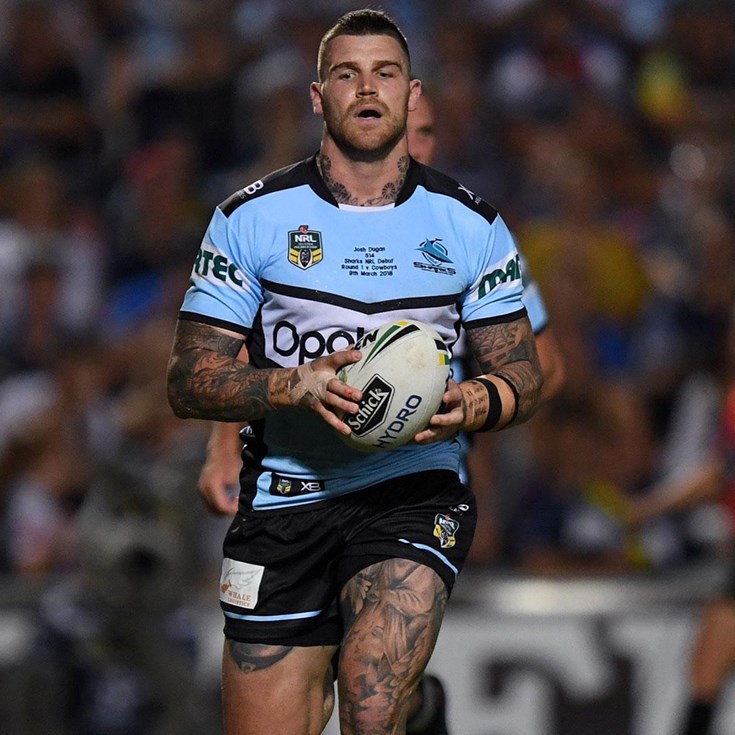