Lewis gears up for 18th season

Aaron Gray wants to play centre at the Cronulla Sharks but he knows there are two internationals in his path in the shape of Josh Dugan and Ricky Leutele.

But that won’t deter the former South Sydney Rabbitohs utility back from pursuing his goal at his new club.

“I played a lot at centre through the 20s and in first grade at Souths,” Gray told NRL.com in his first interview as a Shark.

“I like the fact you get more involved, have to be spot-on with your defence, and you can have a real impact on the game. I like centre because of all those things.

“But with Josh and Ricky there and others like Jesse Ramien, there’s a lot of competition for a centre spot. I’m happy to get on the wing and do a good job for the team and if a chance comes through injury, or whatever, then I’ll take it.

“I do think that if I get a spot on the team [for round one against the North Queensland Cowboys] it will be on the wing.”

Gray has brought all this on himself. He was named in the 2016 City Origin team to play in the centres in Tamworth, his first representative jersey. But an injury to David Nofoaluma forced him onto the wing where he scored four tries in the 44-30 victory.

Of the 17 tries he scored over three yeara for the Rabbitohs, five of them came as a centre.

He has not had any in-depth discussions with coach Shane Flanagan about his role in the black, white and blue.

“I’ve not really had the chance. I’ve had a bit of a bumpy start to the pre-season. I’ve not been able to do a lot of training,” Gray said.

He rolled his ankle during a session in early December and then had clean-out surgery on a knee complaint.

“I’ve probably only done three weeks of training so I haven’t had the opportunity to say much to Shane,” the 23-year-old said.

“But he’s got Josh Dugan and Ricky Leutele there already and they’re world-class players. There is a wing spot available [after Gerard Beale switched to the Warriors] so I’ll just knuckle down and try to get that.”

I do think that if I get a spot on the team it will be on the wing.

Gray is used to soaking up the after-glow of winning a Telstra Premiership. He made his NRL debut the year after Souths won the 2014 title. Now he is at Cronulla with the 2016 memories still very fresh.

“I am lucky. To play in a team that has such good players and has obviously achieved so much over the last couple of years, I can only learn again at the Sharks. That’s what I want to do is learn and if we’re talking centre then it will be off the likes of Josh and Ricky,” he said.

“It’s been awesome really so far. The training has been top class and the way the sessions are organised is really good.”

It was a brave step in some respects. Gray has only known one NRL coach in Michael Maguire and had no close friends among the Sharks players.

“Shane is only my second coach so I didn’t really know what to expect coming in here. He doesn’t have to say much because he’s so direct with what he wants. He’s pretty relaxed and will let the senior boys try and run things.

"If there’s something he sees he’ll come and tell you in a straightforward manner what needs to be done, or what needs fixing up.”

Gray is eager to start training alongside Dugan.

“I haven’t met him yet. And to be honest I didn’t know any of the Sharks coming here. It was a bit like the first day of school.”

Since injuries keep finding him, Gray is hoping a change of scenery breaks that shackle.

“I had a few injuries last year. And that was one of the factors I considered about the Sharks because I’d heard a lot about (physical performance manager) Andrew Gray before I came and he’s really impressed me since I’ve been here.”

Flanagan told NRL.com in a recent interview that Gray was one of the club's trump cards.

Rehab, fitness and strength programs are tailored individually and in great detail to keep the roster as constant as possible.

In 2017 the Sharks used 26 players. The Rabbitohs used 30 in the same year, while the Gold Coast Titans used 34 but neither of these teams reached the finals. 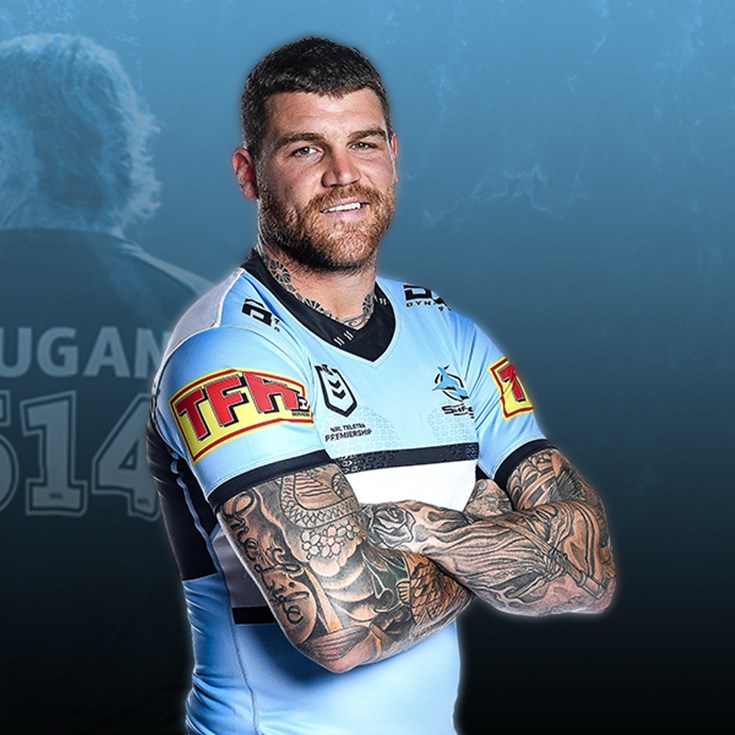 Dugan opens up - on the Chad Townsend podcast

Metcalf back where it began

NSW to end crowd restrictions in COVID-19 wind back