The talking is done, training and preparation is over, with Paul Gallen and Puna Rasaubale set to ‘Rumble’ at Sharks Leagues Club tonight.

The weigh in at The Prince Hotel at Kirrawee yesterday represented the last of the formalities, with the Sharks skipper having taken months of verbal jabbing from his opponent and now ready to return serve inside the ring.

Currently with a professional record of 7-0 as a boxing professional, Gallen could potentially have his hands full against his former rugby league playing opponent, with Rasaubale making his professional debut but coming into the fight with a solid amateur background.

The Gallen v Rasaubale match up will be the feature bout on what promises to be a big night of boxing at the home of the Sharks tonight.

The evening is due to commence with the Ultimate Footy Fight Night, five local Cronulla district junior league clubs in Como, St Josephs, Kurnell, Cronulla Caringbah and De La Salle providing amateur fighters who will put club pride on the line in the junior league challenge.

The five clubs will face off in knockout preliminary rounds before the Finals of the Footy Fight Night will see three boxers from the two last clubs standing fighting for one-minute each, with the accumulative points deciding a winner.

Kurnell as the defending champs from the similar event held late in 2017 will again be hard to beat.

A handful of amateur contests will also take place before two professional match-ups, one which sees the Interim WBO Asia Pacific Lightweight Title go on the line.

First however a heavyweight contest between Queenslander Matthew Saville and New South Welshman Jacob Malkoun takes to centre ring, with both boys weighing in around 92 kgs at the official weigh in yesterday.

In the lightweight title fight Australian Kye MacKenzie, with a 17-1 record, tackles Kiwi Nort Beauchamp, a fighter with a similarly impressive 15-1 record, in what is certain to be a spirited contest.

The boys tipped the scales under the 61kg limit at The Prince yesterday with no love lost between the two and both looking ready to continue their winning ways.

And all that before the main event on the night, Gallen planning to keep his perfect record intact and Rasaubale intent on spoiling the party.

General admission tickets are still available by going to http://www.paulgallen.com.au/

For those unable to get to Sharks Leagues Club tonight, the Footy Finals, plus the three professional fight will be shown via livestream on the following Facebook page. https://www.facebook.com/paulgallen13/ 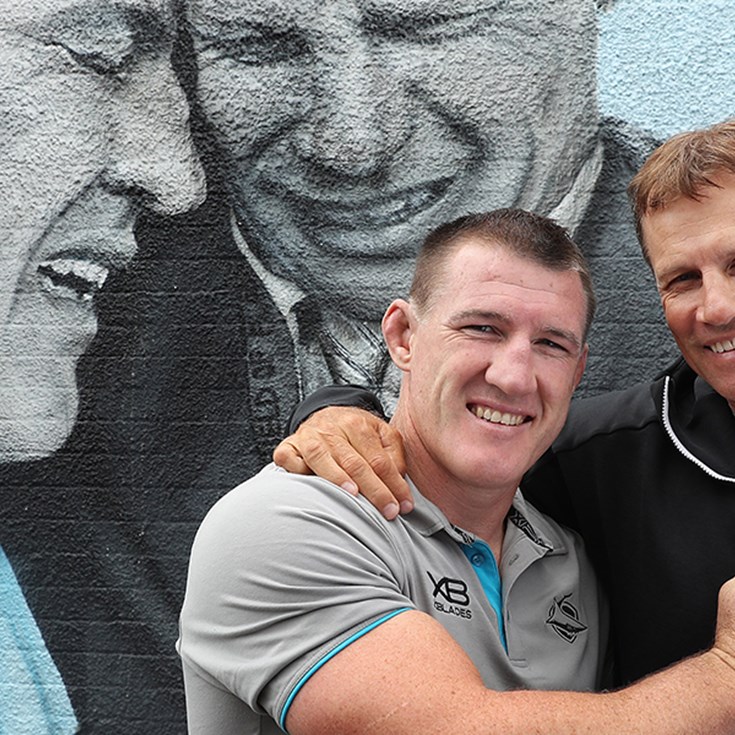