Five Sharks in the NSW Origin camp will see three new faces trot out in the Black, White & Blue of Cronulla this weekend, as the competitition leaders travel West to take on the Panthers in Penrith.

Board the Sharks supporters bus to Penrith!

Having starred for the Newtown Jets in the 17 rounds gone, Kurt Capewell will make his NRL debut, while Matt McIlwrick and Jesse Sene-Lefao are also set to play their first matches for the Club.

Arriving to the Sharks in 2016 from the Roosters and Sea Eagles respectively, McIlwrick and Sene-Lefao are named to make their first Cronulla appearance from the interchange bench, alongside Capewell who will wear jersey 16.

Despite leaving the field with injury at the weekend, Ricky Leutele has been named to take his place in the centres, with Valentine Holmes to return to action on his familiar right wing after missing last weekend's Eels clash with a hamstring complaint.

Not sighted in Sharks colours since Round 24 of 2014, Fa'amanu Brown makes a long-awaited to the top grade, much to the expected delight of the Sharks fans.

Brown crossed for a double last weekend for the Jets, and will be without doubt hoping to rally that form as he partners Chad Townsend in the side's halves against the Panthers.

The match will also see Michael Ennis Captain the Sharks for the first time in his career.

In other team changes, Matt Prior is expected to start the match in the '8' jersey, while Luke Lewis, Jayson Bukuya and Chris Heighington make up the side's back-row.

DON'T MISS IT! Board the Sharks supporters bus to Penrith to support the boys in their quest for 13-consecutive wins! Secure your seat by clicking HERE. 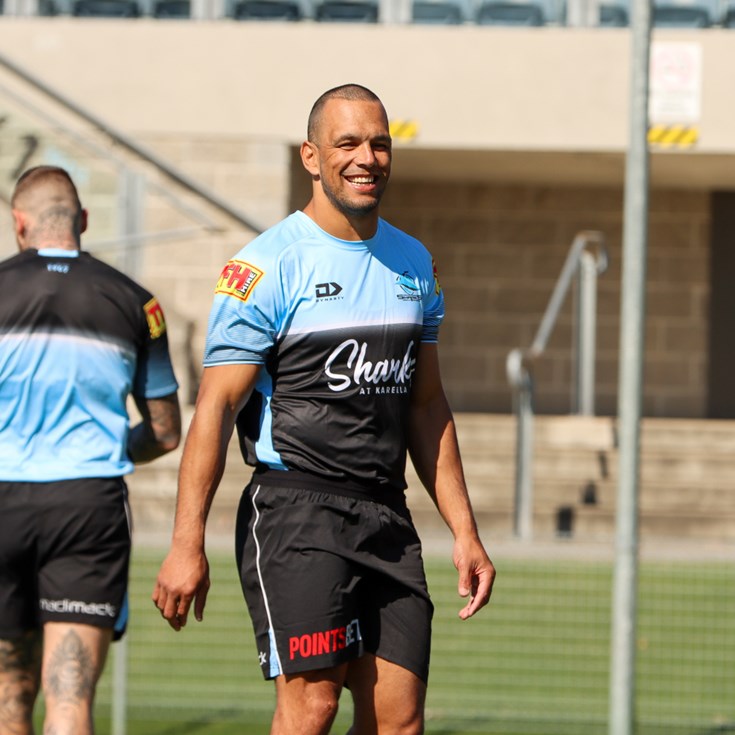